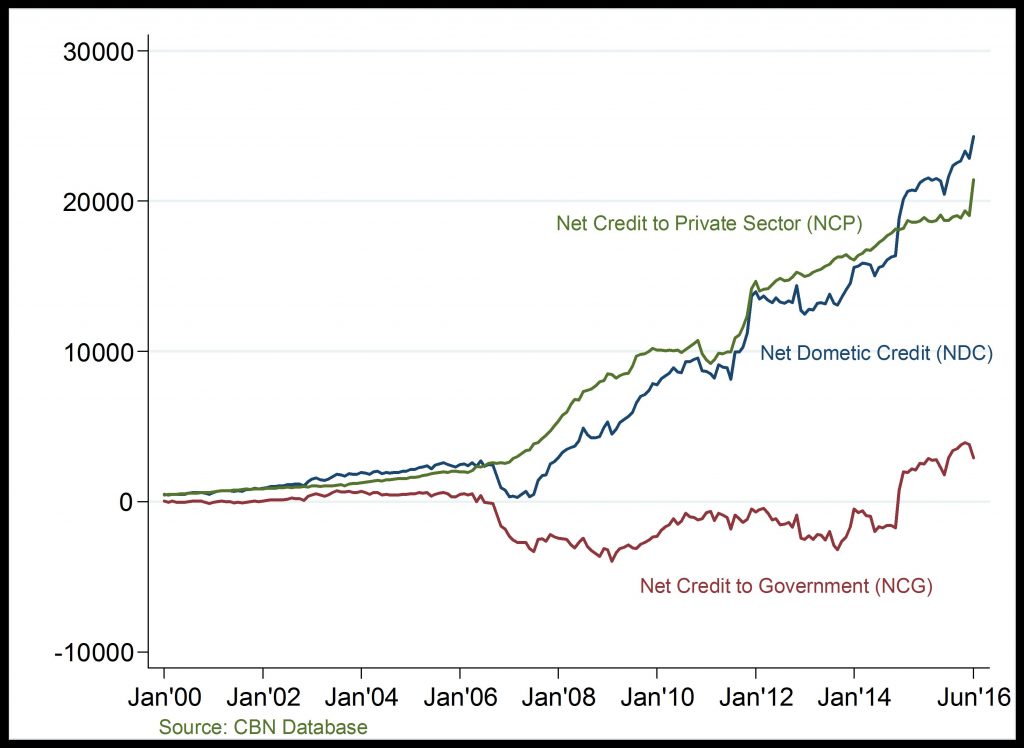 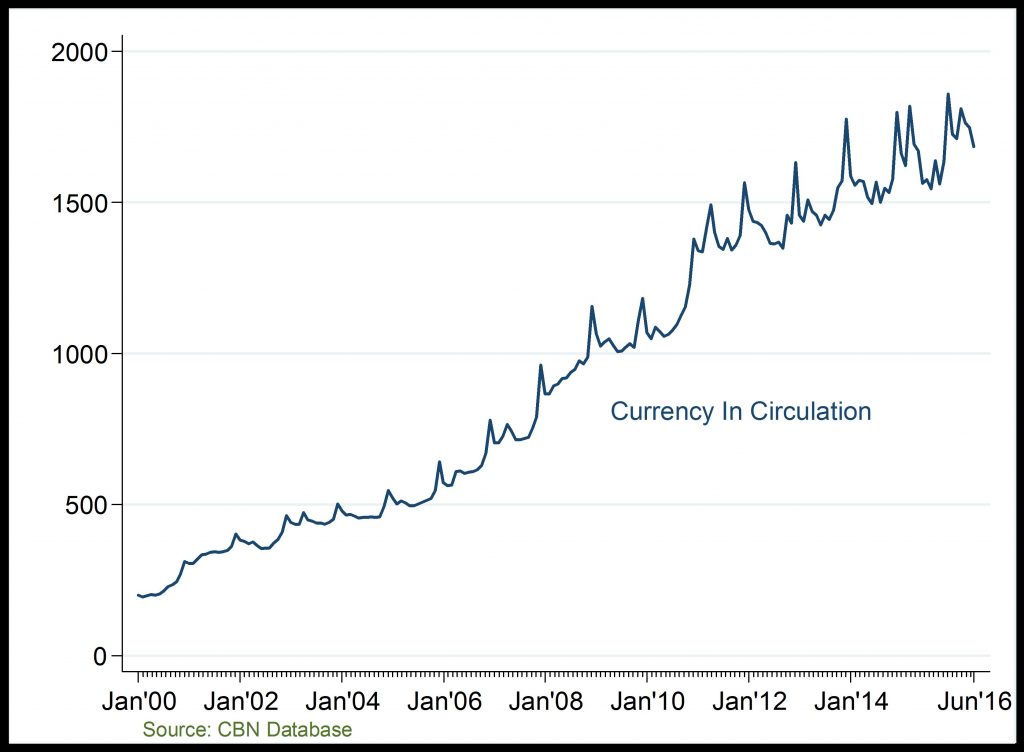 Net Domestic Credit: Rising net credit to government and private sector have driven the upward trend in NDC, especially post-2008. In 2016Q1, NDC grew largely on the account of the rise in banking sector credit to the Federal Government, especially through treasury bills and government bonds.

Currency in Circulation (CIC): CIC has mildly fluctuated overtime due to changes in seasonal factors and regular monetary injections/ejection into/out of the economy which leads to changes in CIC vault-cash and currency-outside-banks components. Particularly, the decline in CIC at the end of 2016Q1 is attributed to the decline in the vault cash component of CIC following monetary ejections.