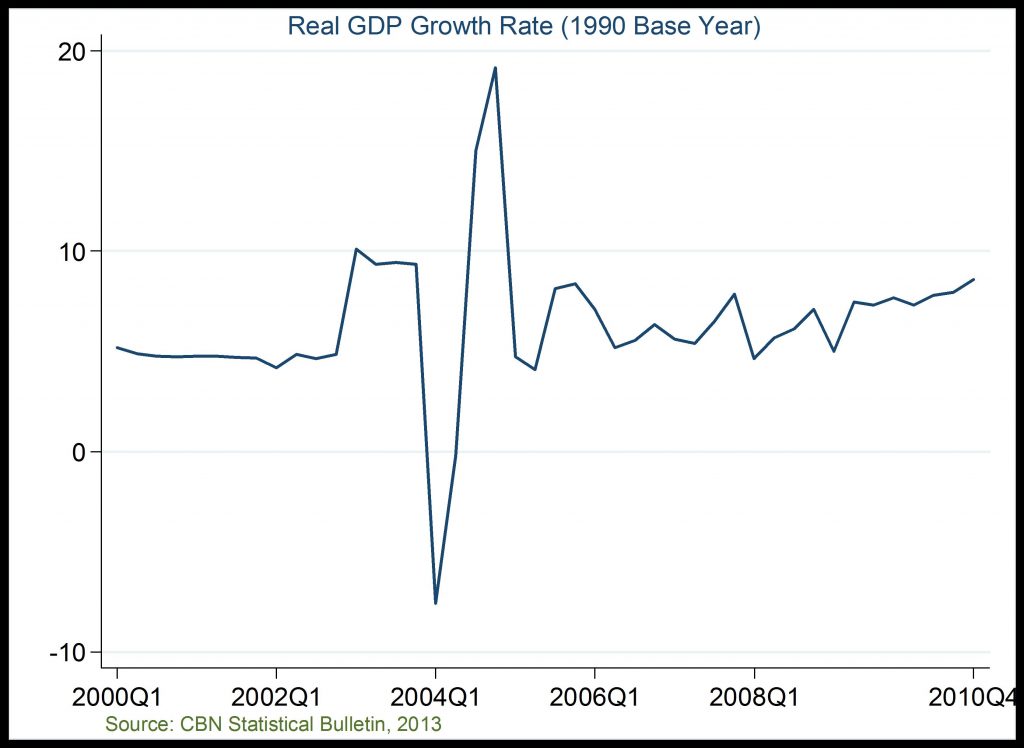 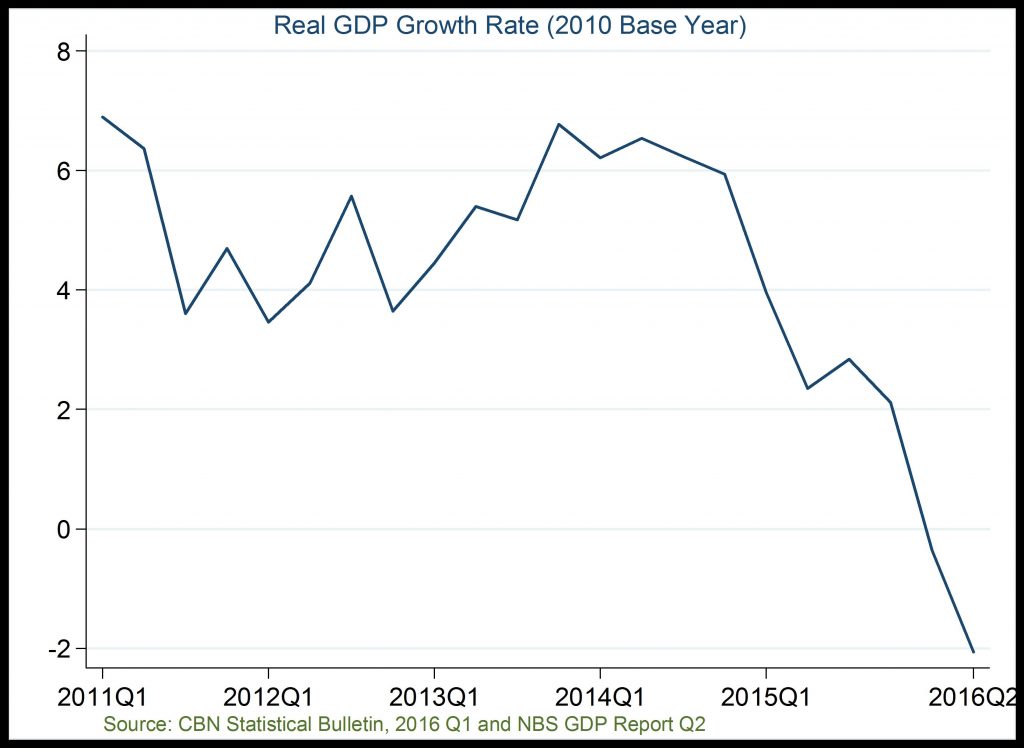 On average, Nigerias GDP growth rate has averaged about 5 percent; attaining an unusual trough of nearly -10 percent in 2003Q4 and a peak of nearly 20 percent in 2004Q4. However, the Nigerian economy recently slipped into a recession recording a negative GDP growth rate of -0.36 in 2016Q1 and -2.06 in 2016Q2. This is attributable to prolonged low crude oil price and production shortages and the attendant foreign exchange (FOREX) scarcity.

Monetary Policy Rate: The fluctuations in MPR reflect CBNs intermittent effort to promote growth, stymie inflation or incentivize capital flows. Particularly, the rise in MPR in 2016Q1 was effort to