FPI and its Components (US $ Million) 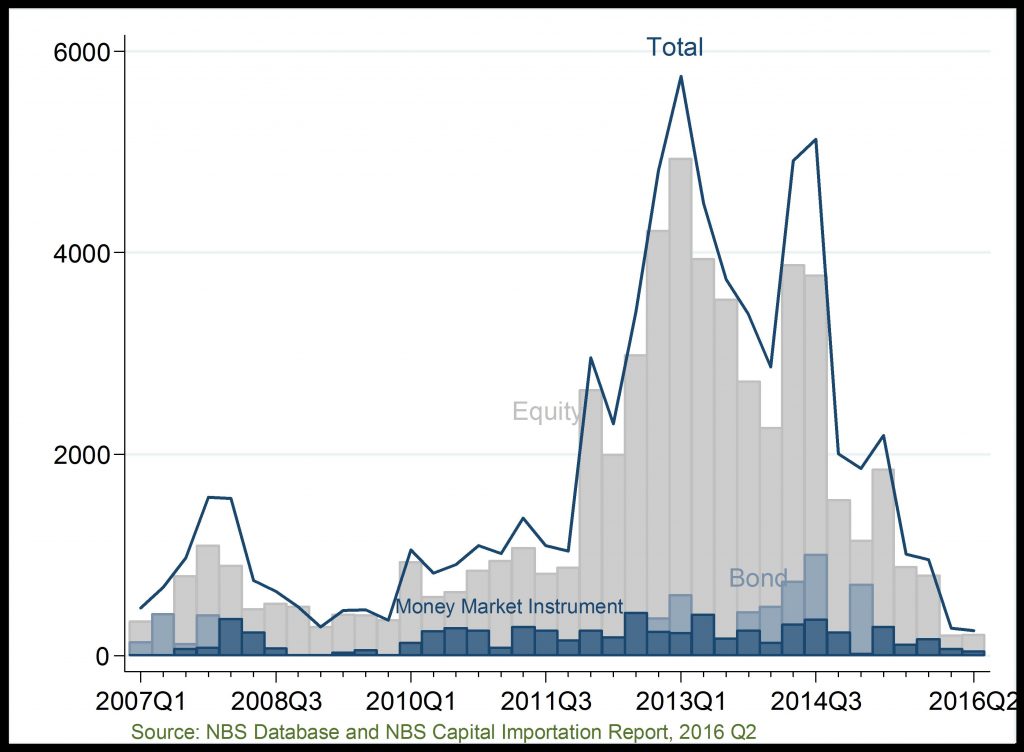 Other Investments (US $ Million) 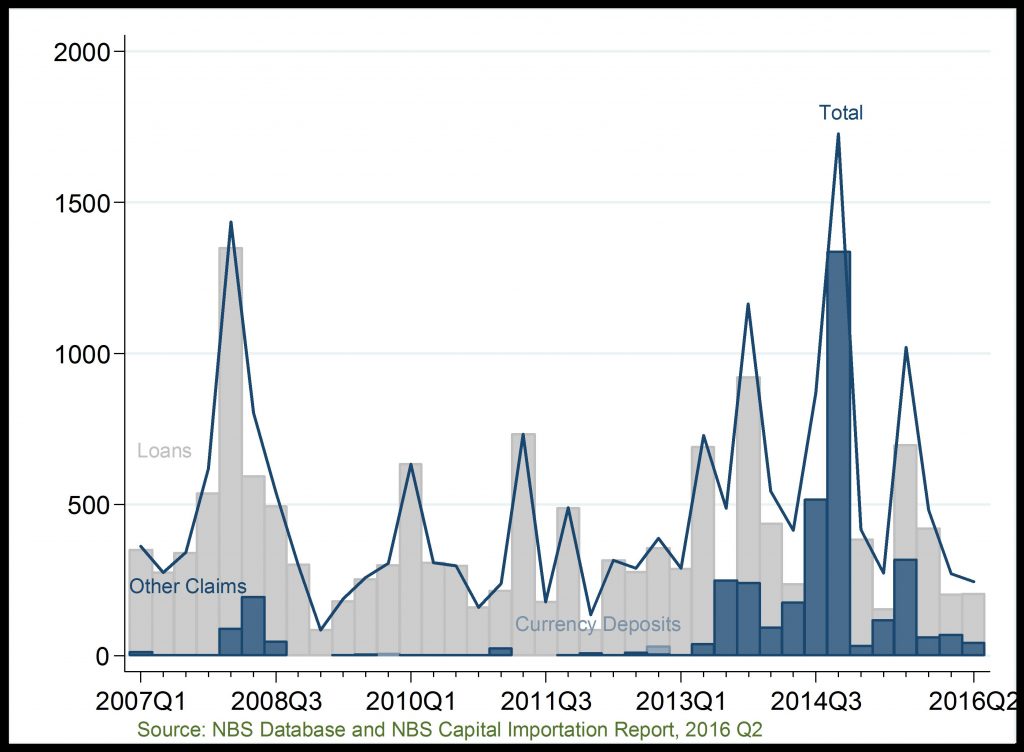 FDI, FPI and other Investments: The unusual fall in overall capital importation, especially in equity investment, in the late 2015 and early 2016 is attributable to the tougher macroeconomic and financial conditions occasioned by lower oil price, and changes in external factors such as the anticipated hike in US interest rate and the delisting from JPMorgan EM Bond index.