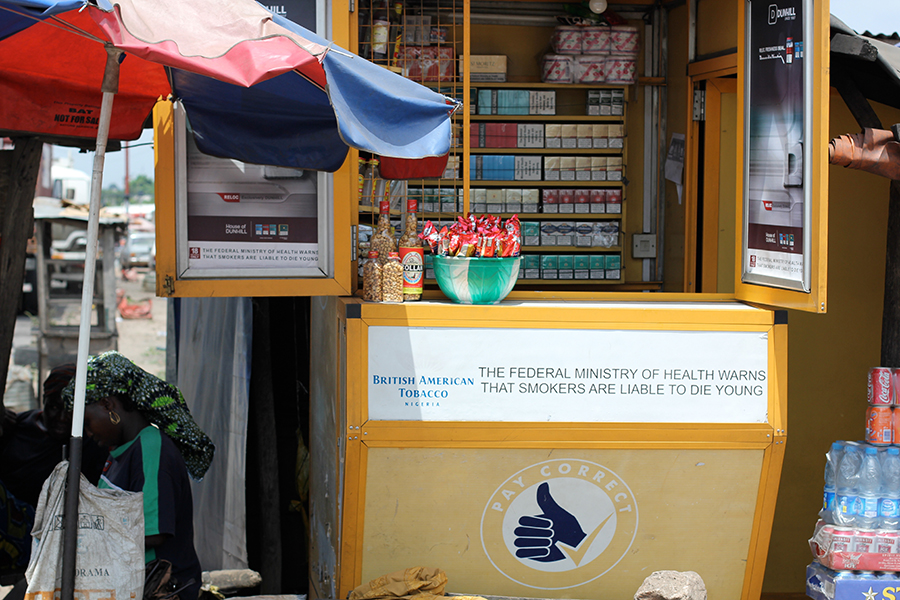 Altogether, seven teams spanning 20 countries worldwide will receive funding to conduct policy-relevant research. Their objective will be to articulate an evidence-based, economic rationale for the prevention of tobacco-related diseases.

Tobacco is damaging to health, poses enormous economic costs, and accounts for a significant proportion of health inequities. Although smoking prevalence is low in Nigeria (17.5% in 2015), it is growing at an average of 4% per year. The tobacco industry is also increasingly expanding its customer base with the direct and indirect marketing of its products to women and children in rural areas of Nigeria. Yet, Nigeria’s policies for tobacco control are weak and poorly enforced.

The tobacco industry is reliant on Nigeria as a hub for tobacco production. In 2003, British American Tobacco made one of the largest investments by a tobacco company in sub-Saharan Africa when they commissioned a manufacturing plant in Nigeria. This plant produces approximately 18.4 billion packs of cigarettes that are exported across West Africa each year.

The apparent difficulty in implementing tobacco control measures is partly due to strong lobbying from the tobacco industry, who peddle false claims about the severity of the impact of tobacco control policies on employment and the economy. Frustratingly, this tobacco industry strategy has proven effective in many low and middle-income countries due to scarce or otherwise weak research evidence to refute misleading and exaggerated claims.

While there are laws restricting smoking to designated places, regulations that could clarify the placement and construction of any designated smoking areas have not been issued by the Ministry of Health. This project will complement the research conducted by the CRUK-IDRC funded group led by the School of Economics at the University of Cape Town.

This project is led by the Centre for the Study of the Economics of Africa (CSEA) in Nigeria. The CSEA is a not-for-profit think tank that conducts independent and high-quality research on economic policy issues in Africa. The team will actively engage and work closely with the Federal Ministry of Finance, the Federal Ministry of Health, the Tobacco Control Unit, and other research institutions and advocacy groups over the course of the project. CSEA will generate robust local evidence, which is scarce and acutely needed, to inform the implementation of fiscal and other policy solutions for effective tobacco control.

The main research focus of this project is to obtain local evidence on the optimal taxation structure and levels for tobacco products, the burden of tobacco-related diseases, and to tackle the false concern that tax hikes will increase illicit trade. The team will collect their own data through surveys and maximize the use of any existing data. Their sample will encompass retailers of various tobacco products (e.g. cigarettes, cigars, shisha) across brands, from economy to premium products, in 18 states across Nigeria.

Using this information, the team will simulate model tax impositions using the Tobacco Excise Tax Simulation Model developed by the University of Cape Town. The team will also collect survey data from public hospitals that will be used to create economic micro-simulations. From these, they will estimate the optimal tobacco tax rate and structure; assess the economic costs of tobacco-use across various groups, as well as the cost-effectiveness of control interventions; and identify the impact of tax changes on illicit trade as well as identifying cost-effective measures of curbing illicit trade on tobacco products.

Nigeria’s weak regulatory environment for tobacco control is not only due to the lack of government regulation — it is further weakened by failure of relevant government enforcement agencies to carry out their responsibilities. Therefore, a key part of the project is geared at creating awareness among the government agencies saddled with the responsibility of enforcing regulations, as well as training their staff and equipping them with the tools to more effectively enforce existing regulations. Tighter tobacco control policies in Nigeria will also have spill-over benefits to neighboring countries.