With the passing into law of the reformed Company and Allied Matters Act (CAMA, 2020) which replaces the CAMA 1990 Act, Nigeria is uniquely positioned to be in the top 20 of doing business rating globally by 2030. At this time when the African Continental Free Trade Area (AfCFTA), one of the world largest Continental Trade Area (CTA)- with 54 African member nations signed,  the reformed CAMA Act could be a big boost to the Ease-of-Doing-Business (EoDB) for Nigerian Micro-Small and Medium Enterprises (MSMEs) to flourish under a competitive environment. This piece highlights some of the critical changes which the new CAMA Act introduces to the principal framework regulating the business climate in Nigeria and how it could promote MSMEs to be competitive under the AfCFTA.

Background of Companies and Allied Matters Act in Nigeria

Companies and Allied Matters Act (CAMA) is one of the critical pieces of legislation which enhances better business climate and promotes Micro, Small and Medium Scale Enterprises (MSMEs). The Act provides a regulatory framework for how businesses should be carried out in the country.The CAMA 1990 Act, which repeal CAMA act of 1968 reshaped the business environment of Nigeria in the 90’s. CAMA 1990 was passed into law to establish the Corporate Affairs Commission (CAC), providing for the incorporation of companies and incidental matters, registration of business names and the incorporation of Trustees of certain Communities, bodies and Associations. The Act was promulgated to repeal the Companies Act of 1968. However, in the last 30 years of promulgation into law, the Nigerian corporate landscape has transformed with global and regional demand for business integration. Hence, the CAMA 1990 Act was heavily hamstrung by several provisions of the Act which limits modern business practices in the light of national and global reforms.

The private sector had clamoured for a reformed CAMA because the economy has changed, there are new parameters in the way of doing business both domestically and internationally. As a result of this, the need for public-private partnership in promoting sustainability in the business climate of the country after several attempts to review the CAMA 1990 was inevitable. Also, technological innovation in the business sector had propelled for collaboration for a new legislation that would align with global business practices. The signing into law of the CAMA 2020 has raised hope for the private sector with the recent regional trade integration (AfCFTA). However, without effective monitoring and implementation, this new reform especially in promoting MSMEs which are drivers of growth in developing nations would never fulfil its purpose.

Nigeria had never been ranked in the global top 50 economies by the Doing Business report of the World Bank since inception, but the country had a steady EoDB score as shown in Figure 1. Also, Nigeria is reported as one of the 20 improvers of the ease in doing business among others- Saudi Arabia, Jordan, Togo, Bahrain, Tajikistan, Pakistan, Kuwait, China, and India.

The objective of the reformed CAMA 2020 Act is to promote legislation for regulatory quality and efficiency which would enable efficient EoDB for Nigerian businesses in general, and MSMEs in particular. MSMEs are the engine of growth for most developing nations. As can be expected, without reforms for enabling business environments to sync with global business evolution, most businesses may shut down due to economic and environmental shocks. It follows logically that without reforms in a rapidly changing global market, most firms-MSMEs especially may not survive beyond the unanticipated COVID-19 pandemic.

Specifically, the reformed CAMA 2020 Act among other things, made the starting and running of business more seamless and less expensive by operationalizing electronic platforms that integrate the tax authority and the Corporate Affairs Commission (CAC). Considering that Nigeria is largely dominated by Medium and Small-Scale Enterprises (MSMEs), making business registration or company incorporation easier will bring in more businesses into the formal space. This also will enhance tax revenue for the government.  The Act has 870 sections and divided into 7 parts as against 612 sections in the repealed Act of 1990. 167 sections were completely new, while 91 sections were modified.

Some of the major alterations made to the Act which directly promote the ease of doing business in Nigeria compared to the repealed Act and its implications on EoDB are highlighted in Table 1 below:

The amendments made in the CAMA 2020 Act may positively impact the EoDB in Nigeria especially at this time when the AfCFTA is implemented. Although, the Act had factored in new methods while embracing technological changes in the business world. It is expected that without practical implementation of the CAMA 2020 by the CAC, the country’s business landscape would not catch up with international business practices. Therefore, it is hoped that the practical administration of the new CAMA will help ease the strain of doing business, and will enhance productivity and promote ease of doing business in Nigeria. 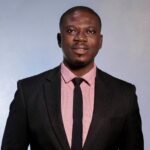