Of all the countries on the coast of the Mediterranean sea, Egypt seems to have been the ﬁrst in which either agriculture or manufactures were cultivated and improved to any considerable degree. Upper Egypt extends itself nowhere above a few miles from the Nile and in Lower Egypt that great river breaks itself into many diﬀerent canals, which, with the assistance of a little art, seem to have aﬀorded a communication by water-carriage, not only between all the great towns, but between all the considerable villages, and even to many farm-houses in the country… The extent and easiness of this inland navigation was probably one of the principal causes of the early improvement of Egypt.

After months of delays caused by the global coronavirus pandemic, African countries began trading officially under the African Continental Free Trade Area (AfCFTA) on New Year’s Day 2021. Every African country – apart from Eritrea – has signed on to the framework agreement and 34 have ratified it. Although the launch is largely symbolic with full implementation of the deal expected to take several years.

The new continent-wide free trade area (FTA) aims to create a single market of 1.3 billion people, facilitate the cross-border movement of people, goods and services, and investments, and establish a $3.4 trillion economic bloc, which will be the largest FTA since the founding of the World Trade Organisation.

In order to boost the trade within the continent, member countries plan to remove 90% of tariff lines. Compared to other regions, the intra-trade level in Africa is significantly lower. Between 2015 and 2017, intra-African exports and imports averaged around 2 percent compared to 47 percent in America, 61 percent in Asia, 67 percent in Europe, and 7 percent in Oceania [the East Asia/Pacific region], according to the United Nations Conference on Trade  and Development (UNCTAD).

Unlocking intra-regional trade is central to African economic growth. According to World Bank estimates, the free trade agreement will boost intracontinental exports by over 81%, exports with non-African countries by 19%, and could lift tens of millions of Africans out of poverty by 2035.

While the AfCFTA holds much promise for boosting socio-economic development in African countries, several historic challenges must be overcome if the bloc is to reach its full potential. One of such obstacles is Africa’s lack of regional connectivity due to poor transport and logistics infrastructure, which is sure to hinder the free flow of goods, services and people across neighbouring countries on the continent.

The challenge of moving goods around Africa is not a problem new to the continent and now represents a major factor hindering the prospects of the AfCFTA, particularly in forming regional manufacturing supply chain clusters. Africa’s huge infrastructure gap, particularly for transport, as well as the fragmentation of supply chains have significantly hampered regional trade and economic integration for decades.

Although some parts of the continent – neighbouring countries in the East African region to be precise – are doing far better with cross-border trade and movement, the majority of African countries have ranked low on indicators such as cross-border clearance processes; quality of trade; infrastructure; inconsistent tax regimes; and consignments’ track and trace mechanisms, according to the World Bank’s Logistics Performance Index. Only South Africa ranks among the top 50 (33rd) globally as of 2018.

Digitalisation in the logistics sector in Africa is helping to address some of these challenges and in addition, the proliferation of digital logistics startups – such as Kobo360 – have helped facilitate connectivity vital to the flow of goods within the region and across borders. But inadequate infrastructure remains a significant challenge.

Investment crucial for easy navigation across Africa under AfCFTA

Most of Africa lags global counterparts in coverage of key infrastructure classes, including road and rail transportation. For instance, a 1,000-kilometer journey reportedly takes about six days in Africa compared to 48 hours in other parts of the world.

The problem has lingered for decades and is compounded by the fact that African governments are not sufficiently investing in connectivity and infrastructure, although there have been efforts to address this in recent years. In 2012, African heads of state and government endorsed the Programme for Infrastructure Development in Africa (PIDA), an ambitious long-term plan for closing Africa’s infrastructure gap, consisting of over 400 projects, including 236 for transportation.

Furthermore, a McKinsey report notes that there has been a steady increase in infrastructure investment on the continent over the past 15 years, and international investors have both the appetite and the funds to spend much more across the continent, but Africa has had a challenge of moving projects to financial close, with 80 percent of infrastructure projects failing at the feasibility and business-plan stage.

The report further adds, on what it terms “Africa’s infrastructure paradox”, that there is need and availability of funding, together with a large pipeline of potential projects, but not enough money is being spent. According to the Infrastructure Consortium for Africa, $81.6 billion of investments were committed to infrastructure development in Africa in 2017, 41.7 percent of which went to transport projects. However, this figure is still far short of the $130-$170 billion per year to 2025 needed to close Africa’s infrastructure gap.

With the enforcement of the AfCFTA, the urgency for infrastructure development in Africa is even more compelling. The continental trade agreement seeks to create a single market for goods and services, and thus provides an opportunity for African governments to actively confront the transportation and logistical challenges that have long plagued intra-regional trade and movement on the continent.

Making AfCFTA work requires easy intra-Africa navigation – a non-restricted flow of goods, services, and people within and across national borders. To reverse the enormous problem of infrastructure deficits and the fragmentation of supply chains, massive and strategic investments in connectivity and infrastructure are needed but without increasing the risk of  debt distress.

African governments need to urgently mobilise the continent’s financial resources to finance the regional infrastructure needed to make AfCFTA a game-changer it has been much-touted to be. Without this, the continent-wide agreement is sure to be constrained by the gap in transport infrastructure and trade integration in Africa will remain a pipe dream for the foreseeable future. 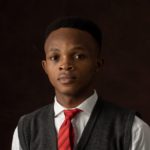 Event: The Macroeconomic Impact of COVID-19 in Africa: Experiences from South Africa and Nigeria

Why Nigeria should Strengthen Mobile Money: Some Stylized Facts