The Economic Effect of Budget Delay in Nigeria

Public budget plays a crucial role in economic management and broader development policies. Importantly, it is the main transmission mechanism of fiscal policy and the key tool through which government could stabilize and influence the economic direction. Global experience in public budgeting indicates that countries adopt a defined time horizon or standardized budgetary calendar. The budgetary calendar does not necessary synchronize with the Gregorian dating but only requires a fixed start and end periods for each fiscal cycle. The importance of having budgetary calendar is to reduce uncertainty that could affect optimization behavior and expectation of economic dramatic personae.  The rigid time frame also ensures discipline and enhances coordination.

In the case of Nigeria, public budgeting is expected to follow the Gregorian dating, beginning on January 1 and ending on December, 31. Based on Section 82.1 of the 1999 constitution, it is anticipated that appropriation bill will have been passed before the beginning of a financial year. In fact, the constitution considers delay in budget passage as an aberration, such that new government expenditure is restricted and only functional spending, which is fixed to the corresponding period estimate, is  allowed. However, in the past two decades of democratic governance in Nigeria, budget delay has become a norm, with the standardized budgetary calendar adhered to only twice in the past twenty years. In this piece, we shed light on economic impact of budget delay, to highlight on an important area for public sector reform.

The Nigerian budget cycle and the source of budget delay

The budget cycle starts with the executive articulating its vision and plan for the economy to the Ministry of Finance (MoF) and the Budget Office of the Federation (BOF) through the medium-term fiscal framework. Depending on the division of functions, the MoF and Ministry of Budget and Planning alternate this role. After this, the BOF and MoF introduce a form of transparency by involving stakeholders such as NASS, the National Economic Council organized private sector, Civil Society and Public Sector through series of interactive sessions. Through this multi-stakeholder process, the revenue is estimated and MDAs expenditure ceilings are set. Thereafter, the FMF circulates the Budget Call Circular in June of each year, which is a formal invitation for MDAs to begin budget submission.

Figure 1 shows how budget proceeds from the stage when the MDAs submit their estimates, in line with zero-based budgeting. All submissions are evaluated and consolidated by the BOF and the draft is presented to the President and the Federal Executive Council for approval. The proposed budget is then submitted by the President to the National Assembly for review, deliberations and approval around October of each year. The budget is at this stage scrutinized and evaluated separately by the Senate and Representatives through debates and various committees. However, there is no time limit for the National Assembly to draw up the final budget. Final phase involves the assent of the appropriation bill and implementation by the executive.

Measuring the cost of delay

To provide a sense of economic impact of budget delay, we compare economic growth in quarter(s) before and after budget is passed. The rationale is that if budget delay is costless, growth in the two periods should not be significantly different. The result is shown in Figure 2. We interrogate the economic effect further by fitting the trend line and deriving the regression coefficients between budget delay and various economic outcomes. The results are graphical displayed using scatter diagram in Figure 3 Budget delay is measured by numbers of days between January, 1 and the when the President assented the budget. Also, we focus on four economic outcomes: GDP growth, FDI growth, domestic investment growth and the percentage of budget implementation. The analysis covers 2000 to 2017, the entire fourth republic.

Figure 2: Comparison of economic growth in quarters before and after budget signing

Based on analysis in Figures 2 and 3, the following observations can be drawn on the economic cost of budget delay:

Public budget is an important policy document that provides a roadmap for government activities and programmes for a fiscal year. To meet this goal, it needs to operate within a define time horizon and engender economic stability. Nigeria’s experience of endlessly dragging the budget process has needlessly imposed substantial economic costs on the public and private sectors. The policy implication is obvious—policymakers must ensure a standardized budgetary calendar. Less obvious is whether there is an alignment of political interests to realize it. It is not clear who benefits from the delay, but budget actors seem to stall the process in a ‘war of attrition’ to maximize their benefits. Essentially, budget delay reflects the power and interest frictions among political actors. In this respect, it might be exigent for Nigerian fiscal rule to be broadened to also include a mandatory standardized budgetary calendar and a define timeframe for each budget process 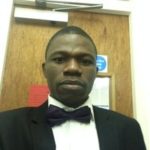 Africa is a rich continent. Some of those riches especially oil, gas and minerals have driven rapid economic growth over the past decade. The ultimate measure of progress, however, is the wellbe

Measuring Learning Is Key to Reaching Education Goals: The Case of Nigeria