The proposed 2023 budget Bill was presented on October 07, 2022. While presenting the budget, President Muhammadu Buhari highlighted the revenue challenge, which may have influenced the size of the budget. This article uses nine charts to highlight the 2023 budget in relation to the amended 2022 budget at the aggregate level. In terms of expenditure size, the 2023 budget is higher than the 2022 budget

In contrast to expenditure, the proposed revenue for the 2023 fiscal year was reduced in comparison to the amended budget for 2022. The revenue decline reflected challenges in crude oil production and weak revenue mobilisation. The following section provides a detailed breakdown of the 2023 budget.

Overview of the 2023 Budget

In the 2023 proposed budget, the total expenditure is N20.53 trillion, which is approximately N770 billion more than the N19.76 trillion in the approved Medium Term Expenditure Framework and N17.32 trillion in the 2022 amended budget. The increase in expenditure might be argued to be consistent with the rising prices. However, total revenue in the proposed budget for 2023, fell to N9.73 trillion from N10.13 trillion in the amended budget for 2022.  As a result, the budget deficit increased to N10.78 trillion from N7.19 trillion in the 2022 amended budget. This indicates that the rising price level had an increasing effect on the expenditure side while decreasing the revenue outlook of the government. Based on the historical trend of revenue underperforming relative to expenditure as seen in the first quarter of 2022, government borrowing at the end of 2023 is very likely to exceed N10.78 trillion. However, the extent to which the government may borrow, particularly external borrowing, will depend on the interest rate in the international market. If the government is unable to borrow as anticipated, expenditure rationing would be predominant in the next fiscal year.

The breakdown of the revenue is shown in Figure 2. The revenue element has seven main categories, and only two items were increased in the proposed 2023 budget compared to the 2022 budget – independent revenues and government-owned enterprise. The government retained the values of special funds and lowered other revenue items such as share of federal revenues, dividends, aid and grants, among others.

Next is the expenditure side. Government expenditure is broadly grouped into four categories: (i) statutory transfers, (ii) debt service and sinking fund, (iii) capital expenditure, and (iv) recurrent non-debt expenditure. Figure 3 shows that without adjusting for inflation, non-debt recurrent expenditure and debt services increased whereas statutory transfer and capital expenditures were reduced in the proposed 2023 budget relative to the 2022 amended budget. The Statutory transfers and capital expenditure were reduced by about N73.6 billion and 480.9 billion, respectively, making a total of N554 billion. In contrast, debt service and recurrent non-debt expenditure increased by about N2.58 trillion and N1.16 trillion, respectively, making a total of N3.74 trillion. However, the magnitude of the latter (N3.74 trillion) is higher than the former (N554 billion), resulting in an increase in government spending in the proposed budget by about N3.19 billion. The analysis suggests that the increment in the proposed budget is not driven by productive expenditure items, which are critical in enhancing a nation’s competitiveness and productive capacity, casting doubt on the country’s future growth and development.

Statutory transfers are funds apportioned to government institutions that do not receive direct funding from the executive due to the nature of their functions. Currently, ten institutions receive funding through the statutory transfers depicted in Figure 4. The year-on-year decrease in the proposed budget is driven by the cut in two institutions (Public Complaints Commission (PCC), and Independent Electoral Commission (INEC)). For instance, the budgetary allocation to INEC in the proposed budget is N50 billion, which is about a quarter of the amount budgeted in 2022. The sharp decline in INEC exceeds the increase in the other statutory transfer items that increased.

For example, doctors are more likely to be denied access to new w surgical tools that could make them attend to more patients in a day, which in turn, would increase patients waiting time in hospitals. Furthermore, the low budgetary allocation for teachers indicates that teachers in unity schools are less likely to have access to the most up-to-date digital teaching tools.

Nigeria is dealing with insecurity, which to a large extent, has limited the economy’s rate of expansion. The proposed budget for security in 2023, depicted in Figure 7, provides guidance on how the government will address insecurity. The allocation to defence and public order mirrors what was previously observed in the education and health sector, where less than a quarter of budgetary allocation was assigned to capital spending. In the proposed budget, capital spending was reduced for both defence and public order, whereas the recurrent expenditure was increased. The pattern is like what was earlier reported for the aggregate expenditure. The public order consists of the Ministry of Interior, the Office of the National Security Adviser, the Federal Ministry of Justice, Police Services, the Federal Ministry of Police, the National Judicial Council, and the Police Service Commission. A source of concern here is that an economy with an upcoming election year that has been characterized by uncertainties and embroiled with high insecurity should prioritise spending on capital expenditure for security agencies in 2023 to facilitate investment in modern-day equipment and strengthen intelligence gathering to effectively protect lives and properties.

Nigeria is an agrarian society with agriculture accounting for more than a quarter of the domestic output and employing more than a third of the labour force, especially in rural areas. As the economy advances and with the emergence of new industries, the share of employment in agriculture is decreasing. The disruption associated with the pandemic is projected to increase the transition away from agriculture as technological space expands.  The extent to which an economy would develop depends mainly on investment in science and technology, including communication. In the proposed 2023 budget, the allocation to Science and Technology decreased by N118.5 billion to N76.2 billion from N194.7 billion in the 2022 amended budget. The decrease was mainly driven by the cut in capital expenditure which declined by about N121.2 billion to N23.9 billion in the proposed budget. Further, the government reduced capital expenditure allocation for agriculture and rural development and communication. As a result, in these sectors, the ratio of capital expenditure to total expenditure decreased by about half. The ratio decreased from 78 percent in the 2022 amended budget for agricultural and rural development to 33.7 percent in the proposed 2023 budget. Similarly, for the communication sector, the ratio decreased from 29 percent in the 2022 amended budget to 12 percent in the proposed 2023 budget.

The potential growth of an economy is informed by labour and capital investment. Figure 9 shows proposed budgetary allocation to (i) labour and employment; (ii) industry, trade, and investment; and (iii) energy, infrastructure, and public works in the 2023 fiscal year. Unlike the pattern observed for social sectors and defence and public order, allocation to recurrent and capital expenditure decreased in (i) industry, trade, and investment; and (ii) energy, infrastructure, and public works. The decrease in budgetary allocation to these sectors in the face of rising price levels indicates that limited projects might be executed in the 2023 fiscal year compared to 2022. Also, the government may not be able to execute enough projects that are critical to starting industrialisation necessary to create jobs and reduce poverty, as envisioned in the Medium-Term National Development Plan, 2021 – 2025.

The 2023 proposed budget has two key implications for the 2023 fiscal year.

This article highlights how imperative it is for the government to effectively mobilize all available revenue sources; otherwise, more than half of the 2023 budget will be financed through high-interest-rate borrowing, increasing future debt service. Furthermore, to realize the federal government’s investment commitment in the National Development Plan, budgetary allocation for capital expenditure must be significantly increased in 2023 and beyond. Hence, in the deliberation and preparation of the implementation framework for the 2023 budget, due consideration should be given to two keys: (i) revenue mobilisation and debt management and (ii) performance of capital expenditure and incentivization of the private sector participation in the provision of infrastructure. 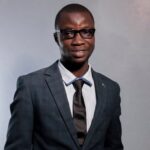 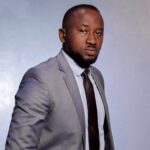 COP26: Why reducing carbon emissions is not enough

Africa is a rich continent. Some of those riches especially oil, gas and minerals have driven rapid economic growth over the past decade. The ultimate measure of progress, however, is the wellbe