How Aba Shoe Industry can harness the Potentials of the AfCFTA

The African Continental Free Trade Agreement (AfCFTA) presents a major opportunity for African leaders to bolster trade in the region, as the region has become the largest trading bloc in history since the creation of the World Trade Organisation.

Specifically, the AfCFTA has the objective of creating a single market to deepen economic integration in Africa, aid the movement of human and capital resources across Africa, improve food security for Africa and agricultural development, encourage economic diversification, and improve the competitiveness of African countries among other objectives.

Africa’s population of about 1.3 billion people, and a combined market of $2.6 trillion means that Nigeria can gain enormously from this economic bloc. Currently, Nigeria has the largest economy in Africa. In the Economic Community of West African States (ECOWAS), Nigeria contributes 76 percent of its total trading volume, implying that the country has strong potentials to be a major player in AfCFTA.

The Aba shoe industry has the potential of driving Nigeria’s export and enabling Nigeria to become a net exporter of shoes, but the industry is constrained by infrastructural deficit such as power and good road network, financial access and the use of crude tools for production. Located in Aba, Abia State, South Eastern zone of Nigeria, the industry concentrates majorly on small and medium scale production, with a large number of artisans. Aba is well known for manufacturing products such as shoes, bags, and clothes. Mostly informal in nature, the industry is huge with an estimate of more than 100,000 shoemakers. The shoe industry has continued to compete favourably in the Nigerian local market with a rough estimate of about 500,000 pairs of daily production. While there is a general acknowledgement that Aba shoes are exported to other neighbouring African countries, there is hardly any documentation to back the claim, highlighting the informal nature of the shoe industry.

Benefits of the AfCFTA for the Aba Shoe Industry

The AfCFTA has every tendency to expand the market base of the shoe industry in Aba and increase productivity. This is because the industry is nowhere near its production possibility frontier as productivity can still expand to meet demand. An increased market base means that Nigeria can generate substantial revenue from shoe production coupled with improved employment opportunities and an enhanced quality of life. Full implementation of the AfCFTA means the creation of new markets for Aba shoemakers, accompanied with the removal of trade restrictions. Shoemakers in Aba can produce goods locally and get them across borders to sell without having to pay excise duty.

With the implementation of the AfCFTA, the likelihood of technological transfer, in the long run, becomes huge, from leading shoe manufacturing countries such as Ethiopia and Ghana, particularly through partnership and joint venture arrangements. This benefit would not only improve local productivity but can as well reduce the average cost of production. Improved benefits from the AfCFTA could also be achieved through collaboration with marketers from other countries in Africa. These marketers are familiar with the market arrangements of the recipient countries and thus information asymmetry is reduced, enabling proper linkages between the Aba shoe producers and potential customers in other African countries.

Measures required to Optimise the Benefits of the AfCFTA

However, in order to optimise the benefits of the AfCFTA, various measures need to be put in place. One of such measures is improving available infrastructure around the market clusters for ease of goods transportation. Hence, deliberate actions and measures are required to significantly reduce infrastructural deficits.

Improving the access to finance is also mandatory for the Aba shoe industry in the emergence of a larger market. In 2018, the Bank of Industry (BoI) introduced the Aba Finished Leather Goods Cluster Financing programme targeting over 150,000 artisans. The programme aimed to boost import substitution, with beneficiaries accessing about N300,000 to acquire raw materials needed to increase productivity. While this is commendable, the emergence of the AfCFTA has expanded the market frontiers for an increase in demand and further financial access policies which could boost productivity for export promotion becomes important.

Automation of the Aba shoe industry cannot also be over emphasized. While commendable efforts have been made by the Abia state government to improve automation by setting up the Enyimba Automated Shoe Factory, more still needs to be done to improve the tools utilised by small scale shoe manufacturers and artisans. In this line, the Abia state government and other key stakeholders can help with providing superior tools for artisans at a subsidized cost such as sewing machines, folding machines, eyelet pressers, smoothing and nailing machines among other tools that improve the efficiency of shoe production, which is beyond the conventional scissors and leather gums used for shoemaking by these artisans.

It is important to note that commendable efforts have been made to also improve the power supply to the industrial clusters in Aba. One of such is the Energising Economies Initiative which connected 4,000 shops in Ariaria international market to clean, stable, and affordable electricity, generating 9.5 megawatt (MW) of electricity.  Additionally, the Geometric Power Company is poised to provide constant electricity to Aba with its 141 MW power plant. The importance of these developments cannot be overemphasized in improving productivity. This makes it mandatory that various stakeholders ensure the smooth running of the electricity sector in Aba.

Furthermore, the utilisation of the internet for advertisement is important. Producers can create pages in popular social media platforms to advertise their goods beyond the borders of the country in which they operate. Aba manufacturers need to start developing social media networking and advertising skills and platforms for better patronage to reap the benefits of a larger market.

Tackling the challenges of production and marketing can improve the potentials of the industry in reaping the benefits of the AfCFTA, which is a big win for the Nigerian economy as the country struggles to diversify her economy. On this note, the government and the relevant stakeholders must address the challenges of Aba shoe producers for optimality in production to take place. 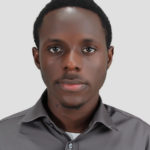