Policy makers of about 13 countries including China (the largest car market in the world) and Japan (the third largest car market in the world) are pushing for a phase out of fossil fuel powered cars in order to reduce greenhouse gas emissions and improve urban air quality across board. In December 2019, the Swedish government set up a committee of inquiry to offer proposals on how to enforce a complete ban on the sales of fossil fuel powered cars in the country by 2040. This is coming after Europe’s biggest economy, Germany, through its Bundesrat federal council, agreed to ban fossil fuel powered cars by 2030 in 2016, the same year Norway made its landmark announcement of a proposed ban on fossil fuel cars by 2025 – with a suggestion to the European Union (EU) to also introduce a ban on fossil-fuel powered vehicles. With China as the world’s largest car market announcing to set a deadline for car makers to end sales of fossil fuel-powered cars, the threat of renewable energy powered vehicles to the global oil demand cannot be over emphasized.

The Threat to Nigeria’s Oil Economy

According to a study by the Columbia Center on Global Energy Policy, global policy makers are targeting the automobile sector as part of ambitious plans to meet international agreements to reduce gas emissions because of the probable scenario where full penetration of electric cars and other vehicles could take almost 25 million barrels per day of oil use out of the global oil market.

The International Energy Agency (IEA) also predicts that the overall demand for crude oil will plateau in 2030, due to a rise in the use and market demand for electric cars and other electric powered vehicles. In fact, according to global oil giant British Petroleum (BP), the growth of electric cars will also mitigate the growth in oil demand. BP also estimates that a 100 million increase in electric cars reduces oil demand growth by 1.2 million barrels per day.

These new developments and switch to alternative energy powered cars from the usual fossil fuel powered cars will no doubt have a massive impact on the global demand for oil, a looming problem for countries whose economies are heavily dependent on oil.

It is no longer news that Nigeria is a massively oil dependent nation. In fact, according to statistics from the National Bureau Statistics and the International Monetary Fund in 2019, 94 percent of Nigeria’s export earnings come from oil exports while 57 percent of Nigeria’s revenue comes from its oil exports. More damning are the projections from an Aurora Energy Research press report in 2018 of a dwindling of revenues for oil producing countries in the world by more than $20 billion between now and 2040 – furthermore, an analysis of the demand and supply effects of a ‘burnout scenario’ by the leading energy research and analytics firms predicts a fall in oil prices to $32 per barrel in 2040 (in today’s money).

With statistics like those from the aforementioned, it is imperative to note that a rise in the mass production of electric cars and any other alternatively fueled modes of transportation would adversely affect Nigeria’s fragile oil dependent economy.

Following the global economic trends, it is ominous that Nigeria has to brace up in its diversification drive or face an economic armada in the next three to five decades. Bloomberg New Energy Finance (BNEF), a consultancy, notes that forecasts from oil companies have a lot more electric vehicles in them than they did a few years ago. China, which accounted for roughly half the electric cars sold in 2019, wants to see 2 million electric and plug-in hybrid cars on its roads in 2020, and 35 million car sales by 2025. There is no doubt that recent global trends will push the acceptability for electric powered vehicles and change the global economic dynamics

Fossil fuel-powered vehicles will continue to be the norm for a few more decades to come in these parts (Africa) “mostly due to an uneven distribution of the ‘electric car manufacturing’ technology and for the fact many parts of the world are still energy poor”[1]. With this in mind, “the uneven distribution of the technology and enabling infrastructure for electric vehicles will lead to ‘dumping‘ – this is when fossil fuel-powered cars and other vehicles will be exported in their numbers from developed to developing countries as they are phased out by electric cars”[2].

These arguments not only shift the attention from the impact of alternative powered vehicles on oil dependent economies but also the negative effects on developing countries that may potentially arise due to technology consumption inequality.

With a gradual increase in the global levels of alternative energy consumption, not only the global auto industry but many other vital sectors will look away from fossil fuels as the years go by, ensuring that oil dependent countries like Nigeria have a rethink.

The rethink in this case should heavily depend on structural changes that diversifies Nigeria’s oil based economy as a means to neutralize the impending drop in oil revenues – which is the predicted outcome of the projected global shift from fossil fueled cars to electric powered cars.

In conclusion, the rapid development of hybrid and electric cars represents a substitute to fossil fuel powered passenger cars, thus a threat, to the Nigerian fossil fuel industry – and its “oil economy”.

[1] Joseph Ishaku, a research fellow at the Centre for the Study of the Economies of Africa (CSEA Africa) and a development economist at an informal energy discourse explaining why the market dynamics in Africa as regards the auto industry will stay the same regardless of a global shift from fossil fuel powered vehicles to electric powered vehicles. (Ishaku, 2019)

[2] Joseph Ishaku, a research fellow at the Centre for the Study of the Economies of Africa (CSEA Africa) and a development economist on a podcast: “MakeWeYarn” (Ishaku, 2018) 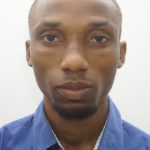 Half Year Macroeconomic Review And Outlook

Real GDP growth projections in major economies continue to be revised downwards as events in the Euro zone remain an issue. With this in mind, the Nigerian government is carrying on with policies aim

CSEA in collaboration with the South African Institute of International Affairs (SAIIA) and the Overseas Development Institute (ODI) organised a policy dialogue on December 8-9,2014 in London, to di