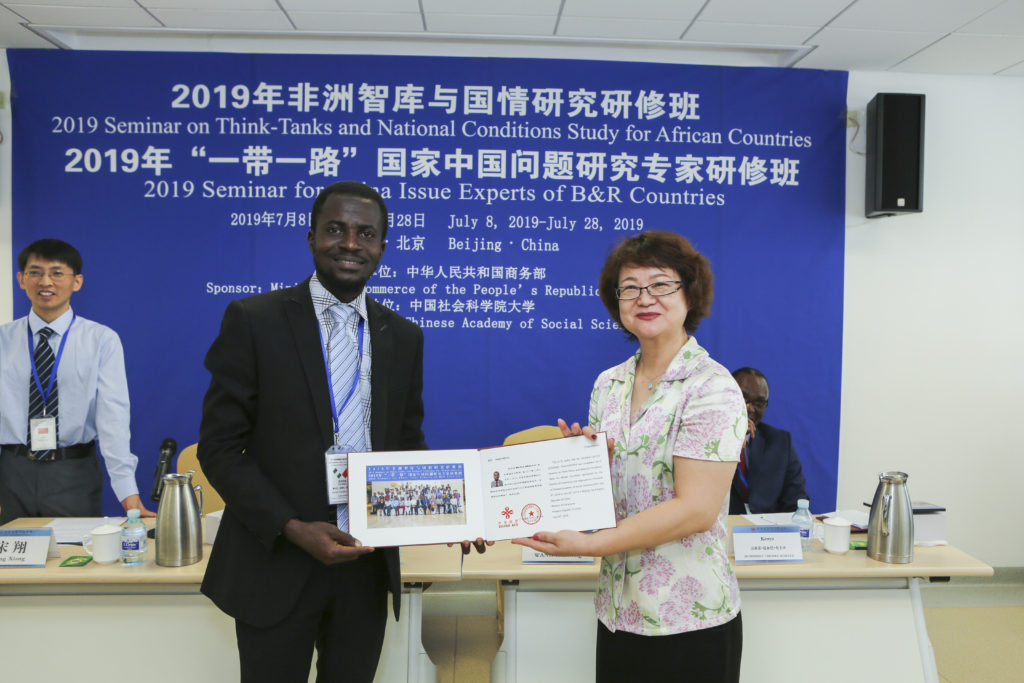 The whole idea of this piece is to explore areas of shared features with African think tanks as well as suggested areas of improvements for both communities.

First, I observed that think tanks in China play critical roles in the engagement and education of policymakers, the media and the public on local and international policy issues as it affects China. This is not very different from the role played by think tanks globally and Africa in particular. The main aim of think tanks is to generate evidence-based policy-oriented analysis, research, and advice for policy decision-making institutions and agents. However, contrary to the high dominance of private and non-governmental think tanks in Africa, virtually all think tanks in China are affiliated with the government at different levels and scale by operating as government-owned, quasi-governmental or party affiliated. Only very few operate as private ventures and are financially autonomous and operationally independent.

The institutional structures of these think tanks are designed such that they form a critical part of the government. For example, the president of CASS has an important hierarchical authority as a cabinet member of the People’s Republic of China. One advantage of this model is that being a fundamental unit of the government, it is assured a stable source of internal funding. Although these funds might sometimes be inadequate, the periodicity allows for steady contribution to policy issues through continuous evidence-collection and research.

In Africa, most government-based think tanks were also established to address specific policy needs and motives. However, funding irregularity, insufficiency, unavailability and lack of sustainability have mostly hindered their ability to consistently stay true to their missions. Therefore, most think tanks in Africa, even government based, are greatly dependent on international funding.

Second, the embedded nature of most Chinese think tanks ensures synergy between them and government ministries/departments. Most think tanks are compartmentalised into departments and specialisations and sometimes into research institutes in order to address specific research needs related to these ministerial/departmental specialisations. This structure has further facilitated mutual interactions among research experts and policymakers. It has reinforced staff mobility practices between the two separate but intertwined entities – policy space and think tanks. In addition, it has served to cushion the reverse effects of the political institutionalisation of China with strict rules on retirement ages for government officials. By appointing retired senior civil servants as heads of think tanks, it facilitates the sustainable use of policy experts in the areas of research for policy making and evaluation – and contributes to developing an institutional memory about policymaking which the think tanks can maintain. Nonetheless, it is worthy of mention that within the operational context of China, this practice might have lent a great deal to the popular belief that think tanks in China are not independent. Interestingly, the intellectual independence of Chinese think tanks is strictly observed as research outcomes and contributions to policy discussions are strictly data-driven and evidence-based.  However, like every other ‘independent’ think tank, Chinese think tanks are guided by the conditions, ideologies and principles of their funders, in this case the government and the Party.

African think tanks could adopt the revolving door policy of Chinese think tanks as this could be a good strategy for ensuring and sustaining the inputs of policy-experts who are retired top government officials in the development and implementation of key policy research. Adopting this practice could also bring about mutual benefits for both think tanks and the policymaking space by (i) ensuring knowledge transfer and experience sharing between retiring policymakers and think tanks; (ii) offering policymakers a ‘retirement incentive’ which in some contexts may reduce the temptation and tendencies to be corrupt while in public service; (iii) increasing the relevance of think tanks and (iv) also serve as a good narrative when raising funds. Although, contrary to the popular practice in China of putting retiring public officials at the helm of affairs of think tanks, which would mean that think tanks being led by older individuals and mostly men, think tanks in Africa might incorporate them as senior fellows. In addition, intellectual independence and operational autonomy would further be enshrined by defining their work engagements and ensuring that research outcomes are strictly data driven and evidence based in attempting to contribute to policy issues.

Third, I observed that different pressures and influences shape the reactions across different levels of Chinese government to think tanks’ research outputs and policy suggestions. An important characteristic of most of these think tanks is their administrative network and personal ties, referred to in traditional Chinese as “Guanxi (关系)”. In many instances, research reports and policy suggestions are directly communicated to the relevant policy making agencies (popularly referred to as “Neibu” 内部). These close ties have facilitated the huge acceptance of research outputs of Chinese think tanks by the government and policy decision-makers. This is in addition to exposing them to potential research gaps within the policy space and the effective tracking of developments.

In Africa, some members of the public and government do not trust think tanks as they are often brandished as pro-government or working for the opposition. Building a strong network and trust with the policy space without compromising integrity, transparency, independence and research quality is a possibility and it can be achieved by building credibility. In addition, the practice of sharing research outcomes with first hand decision-making agents as it is the case in China might be a difficult task for African think tanks, as African states do not have control over the media, private sector, and the public, as well as how information flows and leaks within the various ministries and departments of government. However, engaging policy stakeholders throughout the research process would expose them to the likely outcomes and taking appropriate policy decisions where relevant and necessary.

In conclusion, while African think tanks are evolving and positioning for a sustainable future, it is imperative that they credibly build strong ties with policymakers to facilitate internal funding and acceptance. Achieving this should not in any way compromise their objectivity and best practice. However, they should accelerate engagement with experts within the policy space in order to facilitate their contributions to Africa’s development and prosperous future.

This article was first published by On Think Tanks