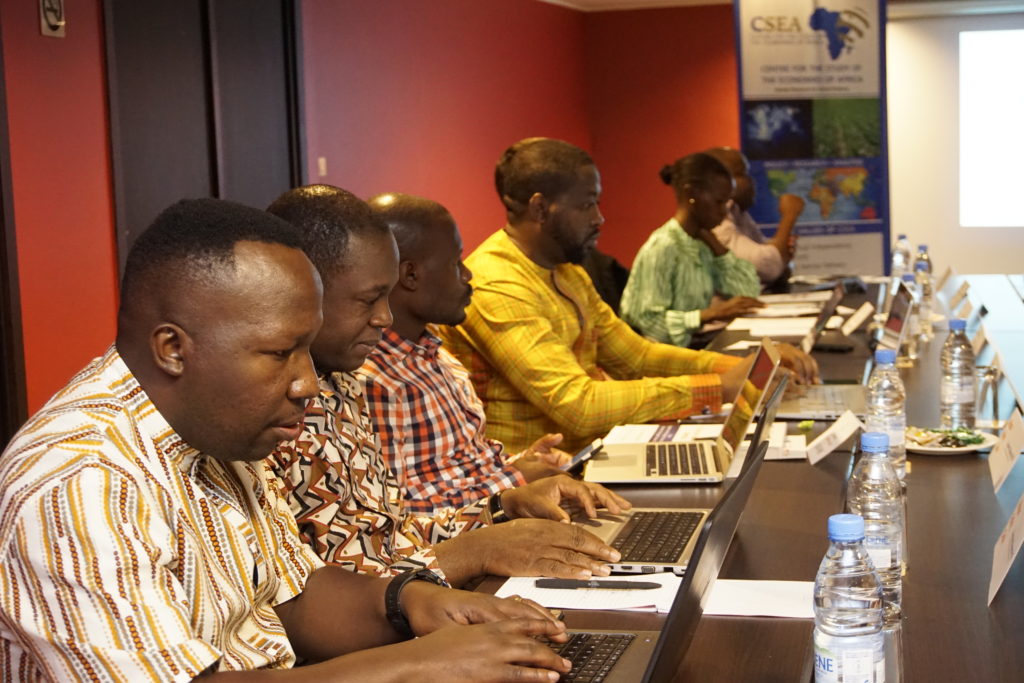 Migration from Africa commonly evokes the image of a continent fleeing its own home. Many Africans leave to go to other places within and outside the continent in what can seem like a massive exodus. While Africa’s migration remains overwhelmingly intra-continental, evidence shows that there has been an acceleration in emigration to other continental regions. Since 1990, the number of migrants of African descent living outside of the region has more than doubled, with Europe as the most pronounced destination. In 2015, over 16 million Africans had migrated to another African country other than their countries of origin, and an additional 16 million migrated to a different region.

Africa’s migration is complex and dynamic. Although many Africans change their countries of origin, often voluntarily and for economic reasons, others are increasingly forced (involuntarily) to migrate. In addition, there are issues of human trafficking, which constitute a smaller but significant trend in Africa’s involuntary migration.

Economic Migration: Increasingly, a large number of people leave Sub-Saharan Africa for economic reasons (search for better jobs and opportunities). They migrate with ideologies that life is easier across the frontier, and the number has been increasing over the years. In 1990, about 40 percent of migrants moved for economic reasons, this share more than doubled to 90 percent in 2013.

Forced Migration: Many Africans are coerced to move away from their homes, dreading continued insecurity and conflicts to seek and hopefully find refuge elsewhere. According to the UNHCR, more than 14 million Sub-Saharan Africans became internally displaced persons (IDPs), refugees or asylum seekers in 2016.

Trafficking from Africa has precedents in the 1400s, and modern day trafficking is now common to almost all countries in the continent. Ghana, Senegal and Nigeria feature as the main source and transit countries for trafficked children and women who end up as domestic servants in informal sectors at destination countries. Agent networks now adopt sophisticated and evasive methods to avoid tight border controls to get their victims across borders.

Africa’s growth has hardly been inclusive: the disparity between labor force growth and job creation, which has created “jobless growth”, are major determinants of Africa’s migration. Every year, the continent creates only 3.7 million jobs, but between 10 and 12 million people join the African labor force annually, disproportionately higher than the jobs created.

Further, Africa has been susceptible to inter and intra-state conflicts that combine to force people to migrate. Realities such as ongoing armed insurgencies in Nigeria, civil wars in South Sudan and election violence in countries across the continent have resulted in the displacement of people who end up in a frantic search for peace, refuge and stability.

Over the next few decades, the revolution in Africa’s demographic structure is expected to generate substantial labor imbalances that could worsen the impetus for migration. The AU’s Migration framework acknowledged the future dynamic natures of Africa’s migration and changing trends and recommended an update that included a 10-year action plan for implementation. On December 10th, 2018, more than 160 countries of the world formerly adopted the United Nations’ non-binding “Global Compact for Safe, Orderly and Regular migration” and opened a new pathway for international cooperation on migration – signaling the increasing focus on migration as a top priority for governments globally.

For Africa, attaining a balance in migration and demographic policy spaces is crucial to tackling underlying challenges and reconciling labor market imbalances. The urgency of this policy inclusion spurred interesting policy discussions at the African Policy Circle (APC) meeting held in November 2018 in Dakar, Senegal. The Circle brought together African CSOs and think tanks and policy actors to share knowledge and discuss strategies for policymakers to meaningfully harness the benefits, and counter the challenges, of economic migration amid a demographic transition in Africa. Despite the negative aspects of migration for Africa, migration policies can yield economic and social benefits for both origin and destination countries if well-crafted and governed.

The Circle particularly highlighted the need for policy coordination among national governments in putting an end to the vicious cycle between underdevelopment and skilled migration in African countries. Furthermore, it underscored that the incidence of large-scale skilled emigration from Africa further worsens “brain drain” and constrains human resource development. For example, over 70 percent of trained medical doctors in Nigeria have left our shores to other more ‘advanced’ regions, developing a colossal vacuum extremely difficult to fill in the coming years. Nevertheless, remittance flows remain significant and should be properly harnessed by Africa government.

Lastly, Africa’s intra-regional migration is part of a broader agenda of economic integration, which forms the basis for intra-African trade and investments that should be developed. According to the African Development Bank (AfDB), greater economic integration with attendant benefits hinge on whether migration flows become more formal and institutionalized. Coordinating migrants flows and protecting their basic rights are fundamental to reaping the full benefits of economic integration, given the insufficient effectiveness of the Regional Economic Communities (ECOWAS, COMESA, EEC, and others) in managing migration flows.

This piece was written exclusively for The Open University, UK and first published here