This inception report focuses on the emerging trends in Africa’s digital and data environment. The study builds a case for mobilizing action at both regional and national levels, to strengthen data governance frameworks in Africa, particularly in view of the ongoing regional economic integration initiatives under the African Continental Free Trade Area (AfCFTA). We advocate for stronger data policies in Africa as a development tool for bridging identified gaps that could put the region at a disadvantage, and as a means of building greater confidence which is a requirement for growing the digital economy. The findings suggests that while the potential of digital technologies is yet to be fully exploited in Africa, the region has witnessed a surge in the use of digital platforms and tools in recent years. This has influenced the ease and manner in which data gathering and exchange occurs, resulting in heightening concerns around potential data abuse. In response, national efforts and domestic legal frameworks on data governance are gradually increasing in Africa, although rather slowly as there are still significant policy gaps. While the magnitude of the data policy gaps vary across different member countries, African countries have so far largely been unable to match the pace of change in the new data driven global economy. There is also a lack of uniformity in policy approaches being adopted by member states. 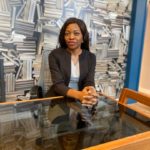 CSEA is currently carrying out a research project for the South African Institute of International Affairs (SAIIA), as part of theGlobal Economic Governance(GEG) research programme, which focuses on