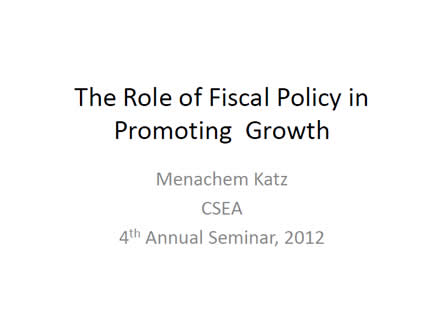 The paper examines fiscal policy as it influences growth through taxes
and service delivery. It also reviews Nigerias experience with fiscal policy
as well as challenges to its current system.

Nigerias external reserve rose to its 19-month high in the week under review (March 3, 2017 to March 10, 2017). Precisely, the reserve improved by a daily average-percentage-increase of 0.21 percent, from $29.79 billion on March 3, 2017 to $30.04 billion on March 10, 2017  the highest level since August 2015. The rising reserve at the backdrop of steady revenue from improved domestic crude oil production/prices and forex inflows from rising exports, has reduced pressure on the Naira the naira has witnessed marginal but steady appreciation. While the recent improvement in oil revenue is a welcome development, concerted efforts need be made to develop the Non-oil sector so as to mitigate future oil revenue shocks.

Recently released Nigerias petroleum imports data, show a significant decline in the quantity and value of petroleum import products (PMS, AGO and NHK) between 2015 and 2016. Specifically, value of imports significantly declined year-on-year (January to April) by 30.4 percent to N571 billion in 2016. The huge decline in the import of (refined) petroleum products likely reflects the lower (unrefined) crude oil production/exports. Furthermore, it is likely that the import of petroleum products could decline in subsequent years; however, this is dependent on the prospects of the three domestic refineriesbeing refurbished.