In many countries, myriad policy efforts and initiatives have been launched toward achieving the goal of Education for All. These include: grass-roots lobbying for the importance of schooling, political declarations for universal access to education, introduction of school fees abolition initiatives, and/or pro-poor education financing frameworks, among others (UNICEF, 2018, p.2). Despite these efforts, too many children are still excluded from schooling. One of the most recent statistics on out-of-school children and youth (OOSCY) shows that globally, 258  million children and youth are excluded from education, 59.1 million of which are of primary school age, 61.5 million of lower secondary school age, and 137.8  million of upper secondary age (UIS, 2019). Half of the world’s OOSCY population are concentrated in fourteen countries alone, nine of which are in sub-Saharan Africa and of which five are from West Africa including: Nigeria, Ghana, Mali, Burkina Faso and Cote d’Ivoire (Milan & Nicholas, 2015). Nigeria ranks highest among these five in terms of its number of out-of-school children, currently reaching up to 10.5 million. 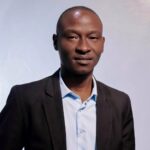