The adoption of the African Continental Free Trade Agreement (AfCFTA) promises to bring together over 1.2 billion people to a single market with a combined Gross Domestic Product (GDP) of more than 3 trillion dollars. According to the World Bank, it is expected to lift 30 million people out of extreme poverty and raise the incomes of another 68 million living in moderate poverty. By easing customs procedures and removing red  tapes, the implementation of the AfCFTA will create up to $292 million in potential income gains.

Like every initiative in the digital age, the AfCFTA holds a promise of serving as an essential catalyst for the digital economy by facilitating more trade within Africa. For example, the trade bloc will provide access to a single digital market for the thousands of digital startups and e-commerce services on the continent. Furthermore, with significant gains already being harnessed in Africa’s digital space despite the impediments caused by the lack of integration, the full implementation of the AfCFTA will see businesses achieving their full potentials.

The AfCFTA has the prospects to expand E-commerce as internet and mobile phone penetration across Africa has been consolidated. With E-commerce, boosting Intra African trade and achieving the main objective of the AfCFTA will be made easier. According to Ajay Kumar Bramdeo, the African Union’s ambassador to the United Nations in Geneva, “E-commerce has the potential to lift intra-African trade from the current rate of 18% and to boost Africa’s share of global trade, currently estimated at less than 3%”.

Moreover, the cost of data infrastructure needed to expand internet penetration further in Africa, which is a requisite in achieving a single digital market on the continent, will be cheaper if the said infrastructure serves wider markets. As a result of the scale economies that will arise as member countries open up their markets, instalment of digital infrastructure shall become cheaper, thus making Single Digital Market’s dream by 2030 a realistic target. Nevertheless, it is not the digital economy alone that stands to gain from the free trade area. The digital economy can facilitate multiple value chains and lessen the traditional boundaries for the exchange of goods and services thereby improving the effectiveness and gains of the AfCFTA. This reflects a somewhat simultaneous relationship between the AfCFTA and the digital economy.

It is safe to say that going digital exposes nascent enterprises to international counterparts who enjoy some basic standards that make them globally competitive. Africa is full of digital startups that hold so much promise for stimulating economic activity. Therefore, given these promises of the African Continental Free Trade Agreement and the digital economy, a data governance framework becomes necessary. Winnie Byanyima, the immediate past Executive Director of Oxfam International in 2019 noted that Africa has to avoid the earlier trade blocs’ mistakes who had no ‘referees’ and no ‘rules’ at some point. Situating Byanyima’s concern in the digital context justifies the need for data governance if a continental free trade area with minimal mistakes is what Africa wants to have.

The adoption of the AfCFTA in 2018 coincided with a record $700 million in annual investments in African startups. This points to the sheer amount of potential that the sector has to make the African continental free trade area even more worthwhile. Creativities in the tech space would continue to attract large investments into the African economy. In 2020, payment startup Paystack founded in Lagos Nigeria was acquired by Silicon Valley giant Stripe for $200 million. Such acquisitions, if sustained, drive foreign exchange earnings and facilitate the knowledge exchange and technology transfer needed to leapfrog the nascent AfCFTA.

Companies in the digital and telecoms industry have been calling for harmonization of data to enable them create efficient data and digital services. Africa must look beyond setting fair rules of the game in trade in goods and services only. The digital and data ecosystems have to be governed according to universal standards. In order to protect our trade bloc from becoming a safe haven for foreign tech companies seeking  to operate within our domain and  take unfair advantage of the lack  of data regulations, Africans must  develop a framework that will guarantee safety, privacy, and dignity of individuals and businesses alike.

The timeliness of the AfCFTA cannot be overemphasized. The digital economy poses an immense employment capacity which is likely to widen significantly from what would become the world’s largest free trade area. On the one hand, the massive growth of e-commerce is assured and the minimum investment required to install data infrastructure becomes within reach as cost per state reduces due to economies of scale. On the other, more non-aid investments are expected to continue flowing into the African digital sector, which will transform into jobs for a wider pool of Africa’s teeming youth. It is now left for Africans to reasonably exploit this huge advantage. What is needed is a consolidation of the opportunities in the digital economy with comprehensive data governance enforcement. However, this cannot be left on to the private sector to address, as one cannot be a judge in their own court, the government of the various African countries must take up the responsibility to come up with concise and universal regulations to govern data usage. Nigeria has already enacted a data protection regulation and expanded the purview of its communication ministry to include the digital economy. While this institutional move is worth replicating in African countries that are yet to govern the use of data, each country must ensure strict enforcement and constant updating of the data protection regulation for it to serve its purpose. 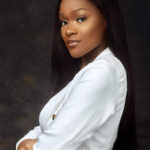 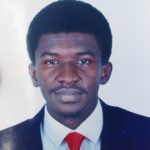 Mobilising Community Support for Education: Lessons from the Igbajo Community in Nigeria