The COVID-19 pandemic has had devasting effects in many countries across the globe, affecting every aspect of humanity. The scale of the crisis was unprecedented, with both developed and developing countries under immense pressure to curtail the spread of the virus and the associated negative consequences on the economy. With the exemplary health systems in the rich world being overwhelmed by the scale of the outbreak, it became worrisome what the impact would be on low-income countries, particularly in Africa, with very weak health systems among other persistent challenges.

Most countries in Africa met the crises in a weak position. A host of pre-existing vulnerabilities signalled an impending disaster of massive scale. The region was battling with socio-economic challenges: rising debt; huge health infrastructure gaps; weak governance systems; unemployment and informality of labour; inequality and high poverty incidence, among others. But quite surprisingly, the evidence so far has shown relatively low levels of cases and fatalities, which have given rise to debates about several factors that may be driving the limited spread, albeit with limited factual backing. Some argue that the predominantly young population, higher temperatures, and previous exposure to similar diseases like malaria might be the cause(s) of the limited spread; while others contend that the official figures may be misleading, as poor testing facilities limit the number of overall tests conducted, and thus grossly underestimates the reality of the incidence of coronavirus in Africa.

Aside from the heath/mortality effects of the pandemic in Africa, the seemingly clearer effect is the impact of the social distancing and lockdown measures on the economy. While these measures were necessary to curb the spread of the virus following standard medical/epidemiological advice, the imposition of the measures in African countries had widespread negative impacts on several economies in the region. Restrictions to movement led to a general halt in economic activities, and importantly a disruption in the income of workers in the predominantly informal sector (66 percent of total employment in sub-Saharan Africa), who rely on small daily earnings. These workers in the gig economy in Africa have very limited savings to ease consumption, and thus the lockdown became a threat to their livelihoods.

In line with most countries in different regions, governments in several African countries provided a combination of fiscal, monetary and social protection responses, such as increased health and other crisis-related spending; easing of tax and duty payments for private enterprises; decrease in policy rate and lending facility rates; moratoria for COVID-19-related repayment difficulties; distribution of aid to the less privileged, among others. However, several factors have grossly limited the effectiveness of these policy responses. The first is that the spending plans of countries in SSA is only 0.26% of GDP on average, given the limited fiscal space and the high debt burden on the continent. The second is the high commodity dependence of many African countries, and the recent fall in demand for/prices of commodities have reduced their revenue-generating capacity and ability to ease tax payments. The third is the combination of high levels of informality of businesses and financial exclusion, inadequate data for the effective targeting of poor households, weak institutions and governance systems to ensure transparency and accountability in aid distribution, have all undermined the social protection responses.

The worry in Africa seems to be more about the negative effects of the disruptions/halts in economic activities and livelihoods, than the morbidity and mortality of COVID-19 itself. With the pre-existing vulnerabilities in the region, the crisis poses a genuine threat to livelihoods , and the adverse effects are expected to linger in the absence of concrete mitigation strategies. Other sources of finance such as remittances, which have increasingly become a major source of income and are used to ease household consumption for the poor, have been badly affected as the pandemic affected both the givers and the recipients. The World Bank estimates a decline of 23.1 percent in SSA as a result of COVID-19, the highest drop in history.

The situation has led to calls for global attention to supporting Africa, particularly for creditors to provide some debt relief for countries with high debt burdens, in order to create some fiscal room to tackle the pandemic. Different actors, including governments, private sectors, bilateral and multilateral organisations, International donors, civil society, among others, have come to the rescue of the continent in these perilous times. But the question remains: will Africa learn lessons from this pandemic to make conscious efforts to tackle these persistent vulnerabilities that continuously undermine their preparedness and response to outbreaks?

The pandemic can serve as a wake-up call for African governments to resolve the persistent challenges that continue to place the continent in a weak position. It is high time African governments take concrete and practical steps towards diversifying their economies to limit their exposure to commodity price shocks. The pandemic should stimulate efforts to move away from commodity dependence, particularly on oil extraction, to sectors which build and strengthen productive capacities, create jobs, and generate non-oil revenues. Governments in the region need to strengthen their public financial management by building and managing fiscal buffers to cushion the effects of commodity revenue shocks. Fiscal responsibility mechanisms should be enforced and backed by law, to limit wasteful expenditure and reckless accumulation of debt. There is need to provide incentives for businesses to formalize, as that would increase internally generated revenues, as well as improve the effectiveness of social protection initiatives, especially during periods of crisis. Governments can collaborate with development partners to strengthen data-based management systems to enhance the targeting of social safety net programs, particularly during emergency/crisis periods. Lastly, national governments and regional bodies should empower the knowledge industry to provide African solutions to the numerous African problems and challenges. Higher education, research organisations, civil society organisations, and other knowledge-oriented bodies should be adequately funded, to generate credible evidence and create awareness that will contribute to tackling future outbreaks in the region. 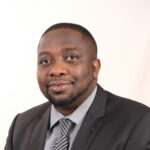 Crude oil price experienced a mixed week from November 18 to November 25, 2016. Specifically, OPEC basket price and Brent crude price fluctuated, to a daily average of $44.6 (from $42.33)and $48.3 (from $46.86)per barrel respectively. The present oil volatility is as a result of sell-offs, attributable to speculations/fears of an insufficient production cut by OPEC (in its bid to control oversupply) - a deal scheduled for its next meeting on November 30th 2016. This speculations have arisen due to the reluctance of major OPEC member country (Saudi Arabia) to participate in the potential oil cut dealwhich could exert a downward pressure on oil prices. However, oil prices should rise if OPEC members agree to the oil cut deal. Irrespective of the outcome of the meeting, Nigeria is exempted from the potential crude oil cut. Thus, it will be optimal for the government to act quickly to address the insurgence in the Niger Delta region, in order to raise domestic oil production as much as possible.

Africa: Opportunities for a robust COVID-19 recovery grounded on SDG 16