The detrimental health consequences of tobacco use have been recorded over many decades. The Royal College of Physicians’ report in 1962, followed by the US Surgeon-General’s report in 1964, established a causal relationship between tobacco use and lung cancer. Since these seminal studies, thousands of scientific studies have established that smoking is not only bad for the lungs, but has a detrimental impact on nearly all organs in the body.

In response to the reports by the College of Physicians and the Surgeon General, many governments, especially in high-income countries, have implemented measures to discourage the uptake and use of tobacco products. These interventions include smoke-free policies, counter-advertising, warning labels on cigarette packs, the banning of tobacco advertising, promotion and sponsorship (TAPS), and, since 2012, plain packaging. Studies have shown that these interventions reduce the attraction of tobacco, and discourage its uptake. However, the single most effective intervention is an increase in the excise tax on cigarettes. Tax increases that increase the retail price of cigarettes make cigarettes less affordable, discourage their use, and improve health outcomes. As well as decreasing tobacco use, an increase in the excise tax increases government revenue.

In 2003, after three years of negotiation and an even longer period of preparation, the World Health Assembly unanimously adopted the WHO Framework Convention on Tobacco Control (FCTC). The FCTC recognises that the tobacco epidemic, which is responsible for 8 million premature deaths each year, is a global problem and requires a global response. The FCTC came into force in February 2005 and has been ratified by 180 countries and the European Union. Nigeria ratified the FCTC in October 2005. By ratifying the FCTC, Nigeria committed itself to adopt evidence-based policies, as described in the FCTC, to reduce tobacco use. 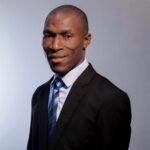 Is Nigeria on track to achieving quality education for all? Drivers and implications

A Scoping Study of Nigeria’s Tobacco Market and Policy Space