As the world grapples with the COVID-19 pandemic, countries are putting in place significant fiscal policy measures to counteract the sudden stop in economic activities. These spending plans aim to minimise disruptions to liquidity and ensure the solvency of sectors, businesses and households that are most affected by the pandemic. Understandably, low-income countries with smaller fiscal room would not be in a position to deploy robust spending plans to mitigate the shock. The data from the IMF’s Policy Responses to COVID-19 Tracker supports this hypothesis. So far, the spending plans of countries in sub-Saharan Africa is 0.26% of GDP on average, which is considerably lower than the average of countries in Europe and Central Asia, and North America at 9% and 11.5% of GDP, respectively.

On 2 April, Africa’s Ministers of Finance solicited for debt relief from bilateral, multilateral and commercial creditors in order to improve their fiscal position. Similarly, a group of senior Africans have called for immediate debt relief for African countries in order to create the fiscal room required for governments to combat the pandemic. It is, however, noteworthy that African countries were offered about USD 99 billion in debt relief under the Heavily Indebted Poor Countries (HIPC) initiative and Multilateral Debt Relief Initiative (MDRI) in 1996 and 2005 respectively. However, coronavirus debt relief will not only be provided to countries with unsustainable debt burdens, as was the case previously, but to the entire continent.

This article attempts to make a case for African countries, particularly those in sub-Saharan Africa, to have recourse to debt relief in the face of the COVID-19 pandemic while assessing the practicability based on the experiences from previous efforts.

Several African countries stepped into the pandemic under a high debt burden which offers them limited room for fiscal manoeuvre. For sub-Saharan Africa, government debt as a share of GDP has grown from 31.7% between 2010-2015 to 50.4% in 2020 with countries like Cape Verde, Mozambique and Angola recording debt levels as high as 118.9%, 106.8% and 90% of GDP respectively.

“Out of the world’s 28 poorest countries, 27 are in sub-Saharan Africa with the region’s poverty rate standing at 42.3%.”

Since 2010, more of these countries have gained access to the international capital market and as such, commercial creditors have become key players in providing credit to the continent. The change in the creditor composition will have severe implications for the request for debt relief given the historically low participation of commercial creditors in providing relief under the HIPC initiative.

The growth in debt has also led to rising debt servicing costs as debt service payments for several countries are higher or on par with national investments in key human capital sectors.

Beyond debt, Africa has the weakest health infrastructure in the world. In a global review of health systems across 191 WHO member states, most of the countries that ranked within the bottom percentile are African. Specifically, out of the bottom 50 countries, 34 are in sub-Saharan Africa. As such, the health systems are not adequately prepared to respond to the needs of the population during the health crisis and will require significant finance.

Another reason why Africa should be considered for debt alleviation is that most of the continent (nine out of ten African countries) is commodity-dependent and, as such, is suffering from the recent demand shock associated with the pandemic. Where 41% of countries in sub-Saharan Africa are commodity-dependent, in Latin America and the Caribbean, East Asia and the Pacific, the Middle East and North Africa, and Europe and Central Asia, the share is just 17%, 16%, 13% and 12% respectively. The reduction in revenue has, therefore, put pressure on the budgets of governments across the continent with spillover effects to the rest of the economy.

“In Nigeria, which has a population of 195.9 million people, less than 500 ventilators are available.”

Moreover, due to structural issues, larger than normal fiscal spending is now required on the continent. According to the International Labour Organisation, 66% of total employment in sub-Saharan Africa is in the informal sector which is characterised by low wages.

Poverty is another issue. Out of the world’s 28 poorest countries, 27 are in sub-Saharan Africa with the region’s poverty rate standing at 42.3%. Considering that a large share of the population does not earn a certain threshold of income sufficient enough to meet their needs, the continent will require large safety nets for its citizens as the pandemic spreads.

Furthermore, given the low investment in manufacturing in Africa, many countries have limited access to the medical supplies and associated equipment required to combat the pandemic. In Nigeria, which has a population of 195.9 million people, less than 500 ventilators are reportedly available. Others are in a worse situation: Zimbabwe, which has a population of 14.4 million people, has around 20 ventilators in public hospitals across the country while the Central African Republic, with a population of 4.6 million people, has only three ventilators. Significant financial resources will also be required to address the shortfall in personal protective equipment for health workers over the coming weeks and months.

What kinds of debt relief should be made available

A standstill for debt servicing for an agreed-upon time will immediately free up resources for African countries to combat the pandemic. Considering that governments spend a considerable share of their budget on repaying the principal and interest payments of their debt, providing the latitude to hold off on these payments in the short term will offer the flexibility required to focus on the crisis. In addition, grants and concessional loans with low-interest rates and long grace and maturity periods should be made available to the continent. Multilateral and bilateral creditors alike can play a more proactive role in this area to make such funds available.

While the creditor community has evolved to include a larger group of commercial creditors, multilateral and bilateral creditors continue to provide considerable amounts of credit to the continent. Judging from the experience of the HIPC and MDRI, these creditors are likely to participate in a coronavirus debt relief programme. Indeed, multilateral development organisations, including the World Bank and International Monetary Fund as well as bilateral development partners, such as the G-20, have already stated their commitment towards providing support to developing countries.

Despite the urgent need for finance, African governments can also achieve quick wins without waiting on the international community. In this regard, the following policy actions are recommended:

The COVID-19 pandemic has required that people, businesses and governments across the world pool resources to tackle the problem. Cuban doctors flew to Italy to provide support as the country became overwhelmed. Jack Ma, the co-Founder of Alibaba, has provided free medical supplies to all African countries. In the spirit of goodwill and global partnership, Africa should be provided debt relief to assist its governments in adequately combating the pandemic.

This is especially important considering that COVID-19 is a social collective ill: until all countries are free of the virus, no single country is truly free.

The opinions expressed in this interview are those of the author(s) and do not necessarily reflect the views of SAIIA or CIGI.

This article was first published on Africa portal 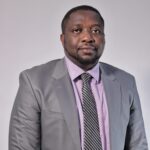