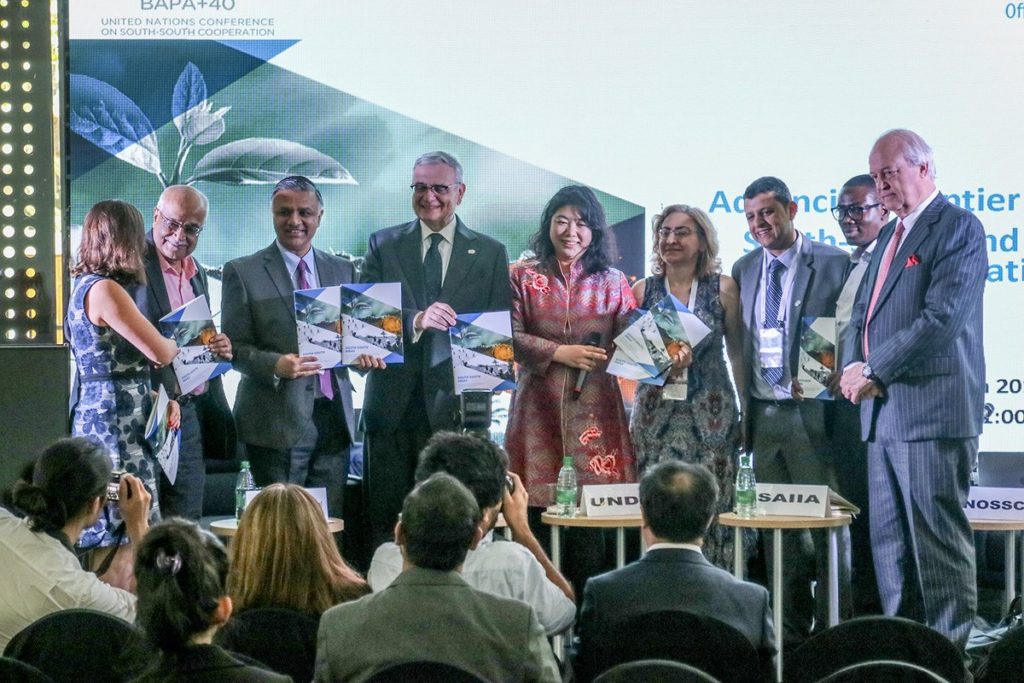 South-South Ideas: South-South Cooperation Coherence in a Complex Assistance Framework for Development – The Case of Nigeria (2019)

Nigeria is Africa’s most populous country, with an estimated population of 190.9 million; it also has the largest economy, estimated at $376 billion in 2017 (World Bank, 2017). The economy hinges critically on the service sector, while oil is relied upon as the main source of foreign earnings. Despite its huge potential, Nigeria has failed to translate […]

Nigeria is Africa’s most populous country, with an estimated population of 190.9 million; it also has the largest economy, estimated at $376 billion in 2017 (World Bank, 2017). The economy hinges critically on the service sector, while oil is relied upon as the main source of foreign earnings. Despite its huge potential, Nigeria has failed to translate its resource endowment and strategic economic and demographic positions into sustained economic development. In fact, the country’s performance is abysmally low with regard to key development indicators. A portion (46 per cent) of its huge population is poor by World Bank definitions, and socioeconomic outcomes remain among the worst globally (World Bank, 2017). Specifically, Nigeria has the highest number of out-of-school children in the world (13 million in 2018), coupled with high rates of infant and maternal mortality (figure 1). Furthermore, the country suffers from inadequate and dilapidated infrastructure across the energy, housing and transport sectors. This is in relation to about $30 billion in budgeted spending for the 2018 fiscal year by the federal government, which reflects the enormous development financing challenges (Federal Ministry of Budget and National Planning, 2018). Despite these poor development indicators, the country has made modest progress in improving revenue streams, with recent developments in sectors other than oil such as the agriculture and mineral sectors.

Available data shows that headline inflation rates increased and remained high in most countries in the region in February 2017. Specifically, inflation rate increased in Egypt (30.2), Burundi (20.9 percent), Kenya (10.28), and Ethiopia (8.5 percent), while it eased in Nigeria (17.78 percent), Ghana (13.2 percent), South Africa (6.3 percent), and Namibia (7.8 percent). Seychelles (-0.6 percent) remained in deflation while Sudan (32.86 percent) and Tunisia (4.6 percent) had unchanged inflation rates within the review period. Increased cost of food continued to plague the region as food component of inflation remained the major driver of inflation. Drought in East Africa continues to compound price pressure in the region. Inflation rates in Burundi6, Kenya and Ethiopia increased by 8, 3.29, and 2.4 percentage points respectively, signifying the three highest price increase in the review period

The external reserves decreased week-on-week marginally by 0.2 percent from June 9, 2017 to June 16, 2017. The reserve declined from $30.27 billion to $30.21 billion. Given that crude oil revenue constitutes the most part of the reserve, the decline may be reflective of the week-on-week drop in global crude oil price (Crude oil price fell by approximately 2 percent to $47.377 per barrel as at June 16 2017). The ongoing forex intervention by the monetary authority also poses a challenge to foreign reserve conservation. Given the unimpressive performance of global oil prices in recent time, there is need to explore other areas with great potentials to generate foreign exchange earnings. Diversification of forex earnings remains the key to insulating foreign reserve against fluctuations in global commodity prices. The country can tap into solid minerals sector as alternative source of foreign exchange. Huge investment together with investor-friendly policies in solid minerals would make the sector attractive to investors.

Recently released World Economic Outlook by the International Monetary Fund (IMF) projects economic activities to increase significantly in developing countries- especially Nigeria. Annual real output is expected to grow by 0.8 percent in 2017 from the contraction of 1.5 percent in 20161. Improvement in economic activities is hinged on prospective favorable effects of continued increase in commodity export price (Crude oil is expected to increase to $55 per barrel in 2017 compared to $46 in 2016).