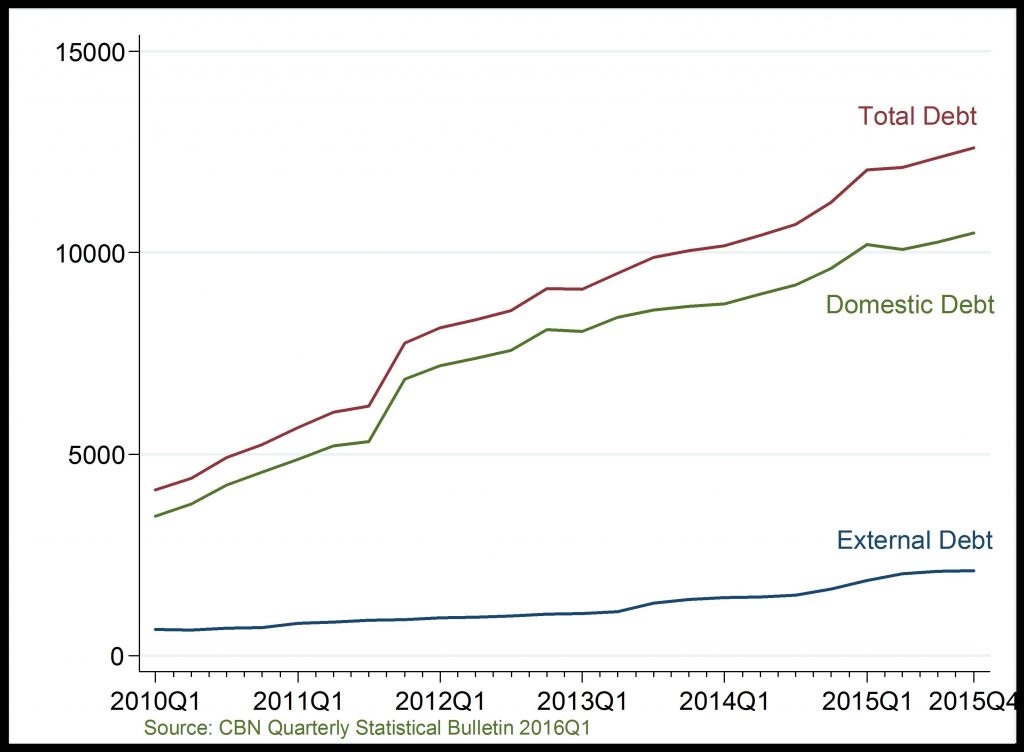 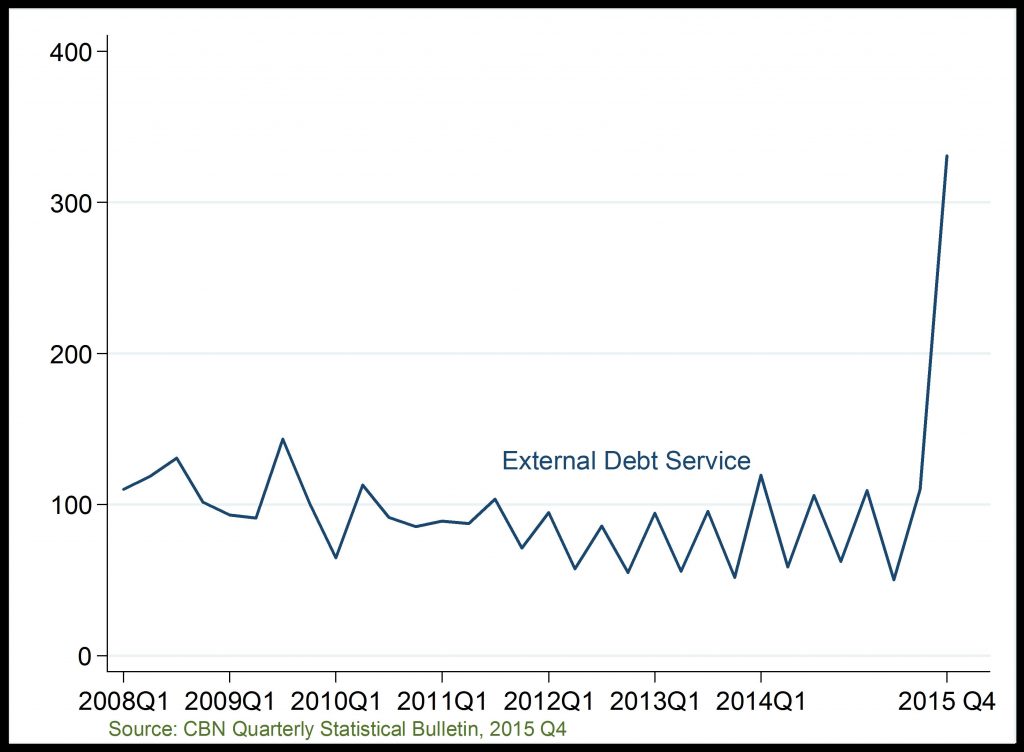 Public Debt Stock and Debt Servicing: Public debt stock has steadily increased overtime; reaching over N12, 000 billion naira by 2015Q4. With the persistent fall in crude oil price and the attendant depreciation in the value of the naira, public debt servicing more than doubled, from about US$100 million to above US$300 million in 2015Q4.