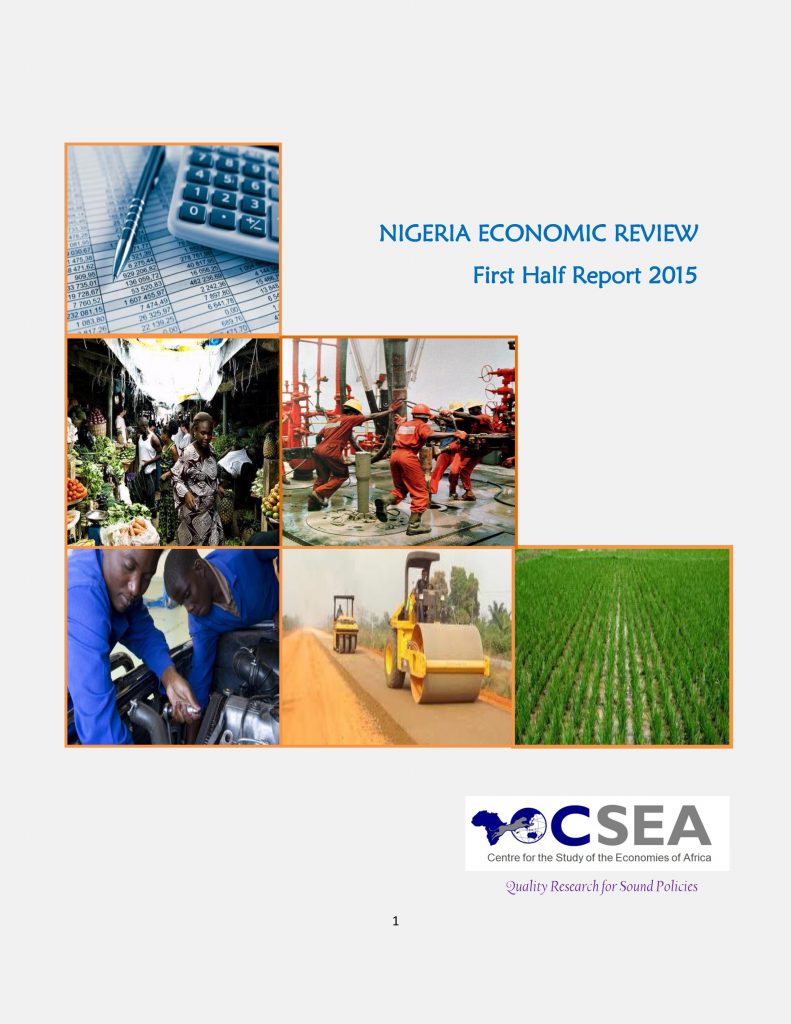 The modest growth in the
global output witnessed in the first quarter of 2015 was driven mainly by
advanced economies, particularly the United States. Growth slowed down significantly
in emerging and developing economies, primarily natural resource-dependent
countries which were adversely affected by falling commodity prices.

Real Gross Domestic Product
(GDP) growth in Nigeria continued to decelerate in 2015H1, with a growth rate
of 2.4 percent in the 2015Q2. Non-oil sector remained the driver of growth, in
contrast to oil-GDP which witnessed a significant negative growth. The huge
drop in global crude oil prices was the main cause of the contraction in
Oil-GDP growth.

The slump in oil prices
resulted in a substantial fall in oil revenue by 41.2 percent in 2015Q1. A
remarkable increase in non-oil revenue in April dampened the effect of the fall
in oil revenue in the first half of 2015. In general, total federally collected
revenue increased by 3.4 percent in 2015H1. Fiscal deficits which increased at
the start of 2015, was reversed at the last month of 2015Q1, an impact of the
austerity measures which has led to a consistent decline in government
expenditure.

Crude oil price increased, in the week under review, to its highest price in 2016. Nigerias bonny light increased by $1.38 from $48.02 per barrel on May 20, 2016 to $49.64 per barrel on May 27, 2016, while Brent crude was sold for $50 per barrel on May 26, 2016. The catalyst for price gains in the period under review is the supply-side contractions, with unplanned production shortages in Nigeria, Canada and Iraq. The upward trend of prices may unlock more supplies in subsequent weeks, but the OPEC meeting scheduled for June 2, 2016, could moderate the effect. Nigeria is expected to benefit from crude oil price rising above the $38 per barrel benchmark. Unfortunately, supply disruptions continue to negatively affect oil revenue and may have contributed to the depletion of external reserve by over $153 millionthis week. The federal government, in collaboration with relevant security agencies, should find a lasting solution to the vandalism of oil pipelines and production facilities.