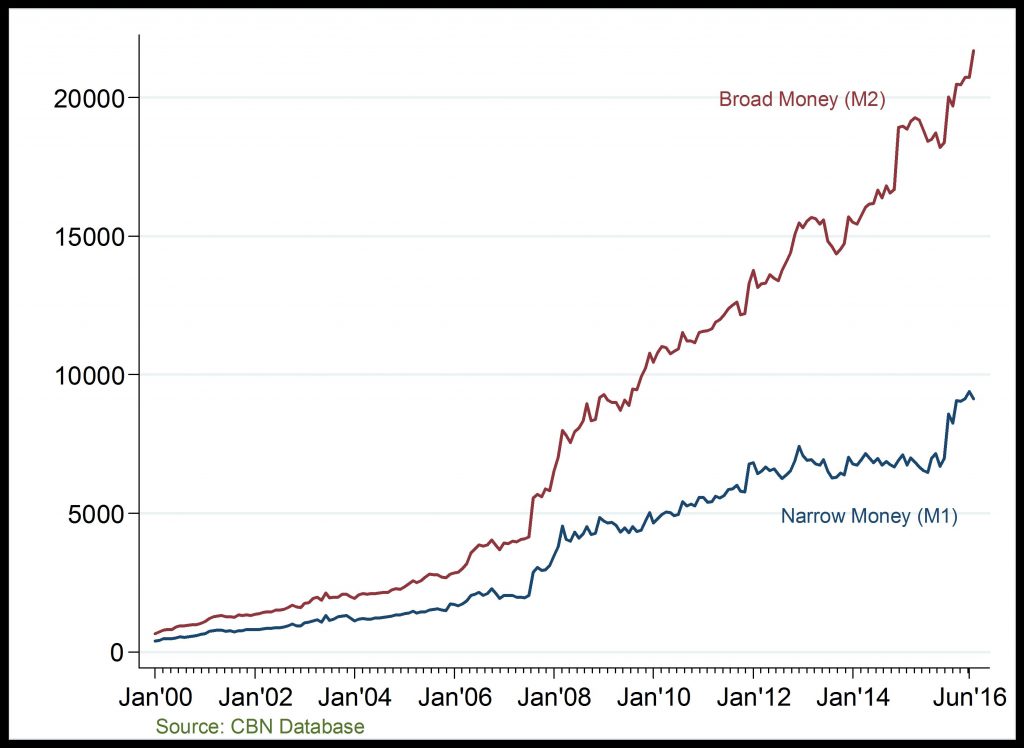 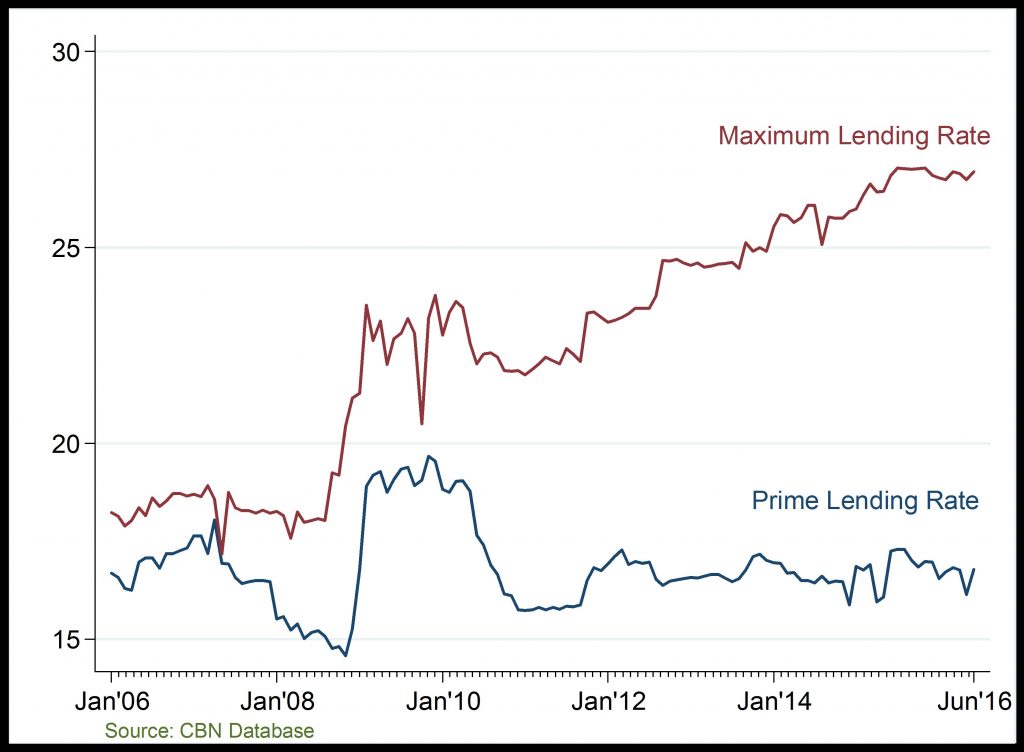 Money Supply: On a month-on-month basis, growth in M2 have accelerated overtime; reaching over N20,000 billion by April 2016. The rise in M2 at the end of 2016Q1 reflects the fast-paced rise in aggregate domestic credit and other assets relative to pre-2008 period. Similarly, M1 grew sharply at the end of 2016Q1 due to the increase in its demand deposits and currency outside banks components.