Amina and Yakubu grew up in the northern part of Nigeria in the 1970s. In early childhood, they experienced one of the worst droughts. They lost the quality of their infancy experience to poor nutrition due to the persistent drought in their childhood locations.

Amina, now unemployed, was conceived during the drought and lived it as a baby. This famine hurt her parent’s income and her mother’s nutrition. Yakubu, with limited labour market opportunities, recounts that the climate crisis made it difficult for his family in the rural area to foster their seasonal crops and rear their herds and livestock. Many members of his community lost thousands of herds due to this drought. Amina and Yakubu are fictitious characters. Yet, they represent the stories of thousands of persons born in the early seventies in northern Nigeria and who experienced the drought’s consequences.

How could one imagine that varying environmental conditions in early life could affect adulthood’s labour market outcomes? In developing countries, this is not far-fetched. The impact of climate shocks can be long-lasting for vulnerable, exposed groups. It is especially true in countries where the effects of climate change are severe, and the resources needed to cope with its consequences are scarce.

The 1972 – 1974 drought that affected the areas in Nigeria where Amina and Yakubu lived provides an appropriate case study. It is argued that it may have affected later labour market outcomes of those exposed to the shocks at the early stages of their life’s formation. How?

The 1972-1974 drought is labelled the worst in recent Nigerian history. Affected areas saw a 60% reduction in farm production, 400,000 cattle deaths, a 13% decline in livestock population, and a 400% increase in food prices. The death of millions of animals and crop failures of between 80 and 100 % in certain affected areas had severe repercussions for women. They depended primarily on farm output for trade and subsistence.

Children born in periods coinciding with the droughts suffer the most severe effects from the climate shock’s economic and nutritional damage. The pre-and early post-natal age group is sensitive. Thus, current circumstances that affect stress levels and nutrition modify their condition for quality development. These circumstances have a lasting impact on the quality of later life. Other infants born in the period immediately before and after the drought are not left out, as the group still coincides with the formative stages of life. Since the group’s formative years coincided with the drought, its implications on household income and health indirectly impacted their healthy development.

Households who depend on agricultural products face a more significant impact, especially those in states more vulnerable to drought. In addition, rising food costs also impact non-agricultural households, affecting their food consumption (not to mention the direct health consequences of the famine). Such shocks to household finances, food intake, and health collectively account for infant stress. It hurts the Intelligence Quotient (IQ), later educational performance and attainment, health, and overall mental health. Such effects on human capital development are expected to impact the adult labour market, with “social consequences”, such as earlier marriage entry.

In contrast to Yakubu, Amina’s labour market risk may have been caused by her childhood household response during the drought. In other words, boys’ schooling takes precedence over girls in times of household economic hardship. Such gender-based reactions to shock incidence in families’ investments in their children’s education are usual in this part of the world. Despite their early life shock exposure in common, such differences in households’ resource allocation between boys and girls may affect outcomes in the long run. It could also be because of the pervasive barriers women face in entering the labour force compared to their male counterparts.

What can be changed?

The drought altered Amina and Yakubu’s early life, but Amina was also affected in adulthood. It tells us that a gender-focused policy approach is needed to address the differences in outcomes despite common life experiences. Policymakers and other public sector actors should be gender-intentional in policy designs to lessen adverse climate change impacts on the most vulnerable. A fundamental policy, for instance, could focus on attending to the nutritional deficiencies of pregnant women faced with climate shocks. Policies can also focus on mitigating the consequences of school interruption or human capital deficiencies that may have occurred due to climate change shocks, especially for the most vulnerable.

For people like Amina and Yakubu, these interventions might come too late. But in the light of rising climate change threats and increasing droughts, it is essential to mitigate the long-term effects for future generations around the globe.

This article was Co-authored by Great O. Nnaamani 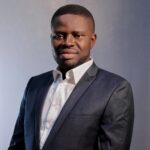