Has economic growth reduced poverty in Nigeria? A critical analysis of the last two decades

Poverty reduction has beena crucial issue at the centre of global policy development in recent years. Hence, the urgent drive to eradicate extreme poverty has drawn upon different approaches to poverty reduction(Ogun, 2010). One of which is the reduction of poverty through economic growth. The role of economic growth as a means to reduce poverty is one subject that has attracted a great deal of debate in the development sector. Persistent efforts to reduce the rate of poverty through economic growth and development, especially in developing countries, have not been effective in producing the desired result. This situation has raised many concerns and questions about the efficacy of economic growth in reducing poverty (Roemer and Gugerty, 1997). Several economists and scholars have given various assumptions and opinions on the subject matter. Many economists believe that economic growth benefits all citizens of a country by enhancing and improving living standards. Hence, growth is essential for poverty reduction (Dollar et al., 2013). Other critics believe that, instead of being an incentive for poverty reduction, economic growth has resulted in worse socio-economic outcomes that increase poverty (Stephen and Simoen, 2013). Still, others maintain that economic growth has no direct impact or contribution to reducing poverty (Aigbokhan, 2000; Sahn and Younger, 2003).However, it is necessary to point out that these scholars and economists have reached their conclusions based on the theoretical and empirical studies conducted in countries with varied economic structures. As such, the result of findings may be peculiar to specific countries, regions, and continents. It is, therefore, essential to note that the prevailing economic situation in a country determines to a large extent, the effect and impact economic growth will have on poverty reduction in that country (Ebunoluwa and Yusuf, 2018). While some countries like South Korea, Malaysia, and Hong Kong have experienced a significant decrease in poverty as a result of rapid economic growth (Mulok et al., 2012), countries like Nigeria still battle with high rates of poverty despite significant economic growth.Poverty is one of the main challenges facing the world today. It refers to an individual’s inability to afford basic needs or attain a minimum standard of living (Oyekale, 2011). Most recent statistics on world poverty by the World Bank show that about 734million individuals live below the poverty line of $1.90 per day (World Bank, 2020). The United Nations Development Programme (UNDP) also reports that nearly 1.3billion individuals are multidimensionally poor with deprivations in health, education, standards of living, and economic opportunities (UNDP, 2018). 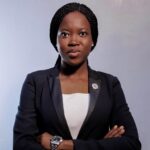 A Review Of Nigerias 2016 Budget

This study reviews and assesses the 2016 budget of the Federal Republic of Nigeria in line with IMFsbudget assessment indicators, namely: comprehensiveness, transparency, and realism. The assessment is based on clear understanding of the present administrations objectives, which are: to achieve socio-economic and infrastructural development, to diversify the Nigerian economy, and to achieve improved security of lives and properties.