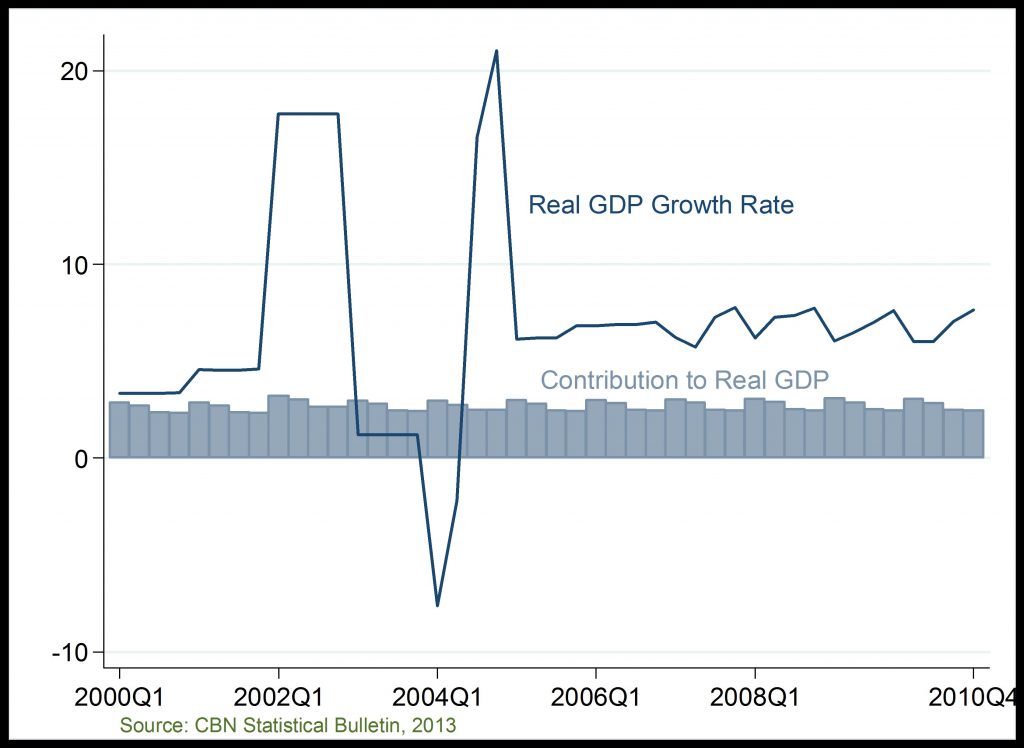 Gross Domestic Product Growth Rate: Growth in the sector which stalled in the second and third quarters of 2015 witnessed a considerable decline in 2015Q4; the stall in growth in 2015 is attributable to persisting underperformance in road transportation. However, the sectors growth increased dramatically in 2016Q1 (reaching nearly 15 percent) owing to the sharp rise of activities in the road transport sub sector, but fell sharply to about -5 percent in 2016Q2.

Contribution to GDP: The contribution of the sector to overall GDP growth, which has been fairly flat prior to 2014 took an upward trend afterward; particularly jumped in 2016Q1 following the new budget allocations for capital expenditure.