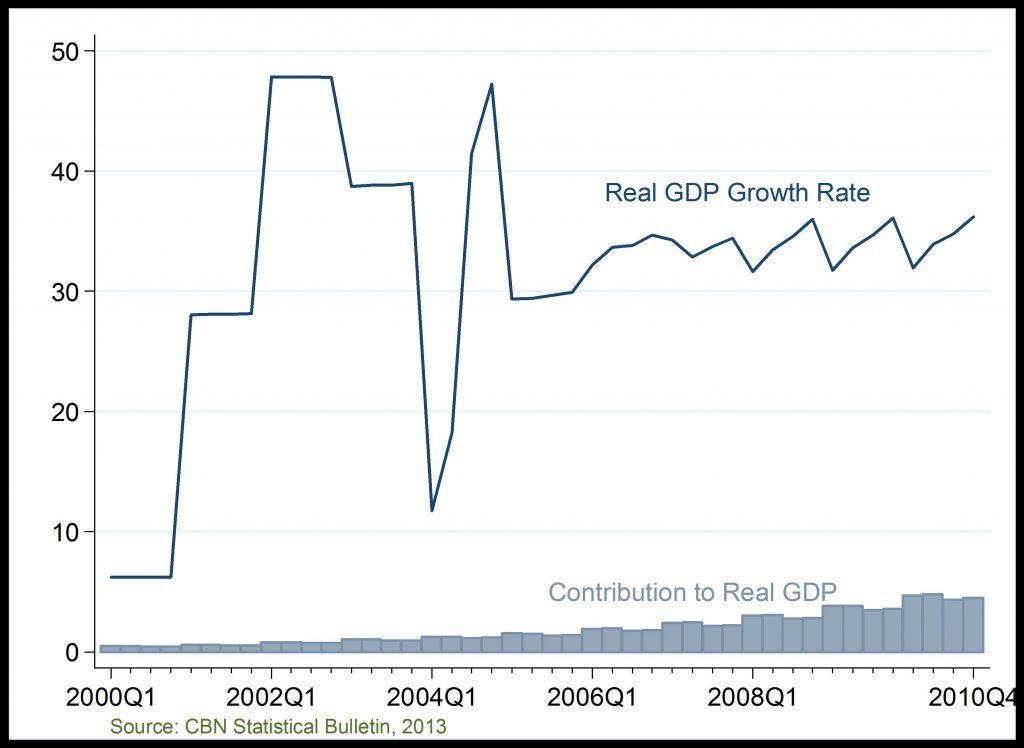 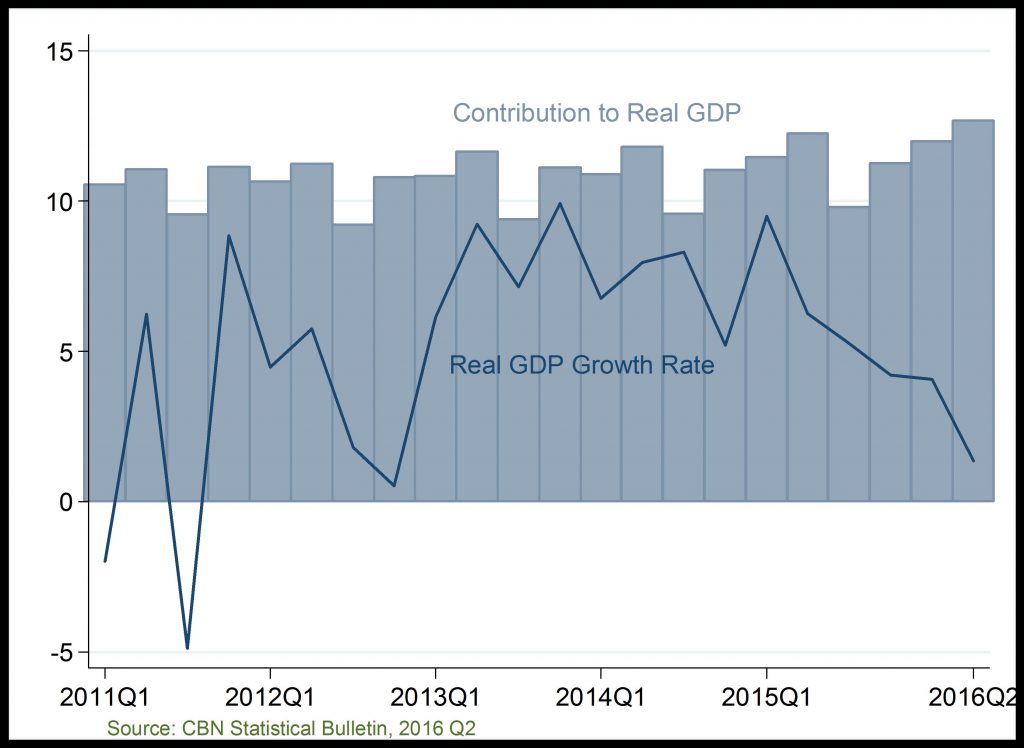 Gross Domestic Product Growth Rate: The information and communication sector has grown overtime but witnessed an unusual decline in 2011, which has remained low in 2016Q1 possibly due to declining consumer demand for related service.

Contribution to GDP: The contribution of the sector to overall GDP growth has maintained an upward trend, reflecting that the sector is well infused into the Nigerian economy in terms of its use of local content for capacity building.