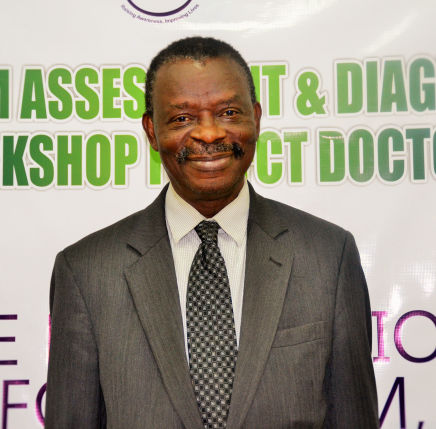 Dr. Nwanze Okidegbe is the Board Chair at CSEA. He previously served as the Chief Economic Adviser to Nigeria’s Former President Goodluck Jonathan (from 2011-2015). Dr. Okidegbe served in a number of economic policy teams such as the National Economic Management Team, the National Economic Council, the National Council on Privatisation, the Economic Management Implementation Team, amongst others. Prior to this, Dr. Okidegbe served in various capacities for over thirty years at the World Bank in Washington, DC.

He retired as a Policy and Strategy Adviser, and later worked as a Senior Consultant to the Bank. During his time at the World Bank, he managed several projects and programs, and conducted high-level policy dialogue with senior government officials and representatives. Dr. Okidegbe has also designed and implemented development projects and programs in more than 25 countries across Africa, Asia, the Middle East and Latin America. In addition, he has expertise and extensive experience in the design and implementation of public expenditure programmes and management, public private sector partnerships, safety net and vulnerability, rural financial markets, monitoring and evaluation, and has authored a number of analytical publications, discussion papers and thematic studies.

Dr. Okidegbe has served on a number of eminent international task forces including: the Millennium Project – Hunger Task force, World Summit on Sustainable Development – Water, Energy, Health, Agriculture and Biodiversity task forces under the UN agenda that contributed to setting the agricultural and rural development agenda for sustainable development and expanding programs for achieving MDGs. Dr. Okidegbe obtained his PhD in Economics from Howard University in 1980, having also obtained Masters and Bachelor’s degrees in Economics from the same University. He also has a Master’s in Business Administration (Accounting) from the George Washington University in Washington, DC.