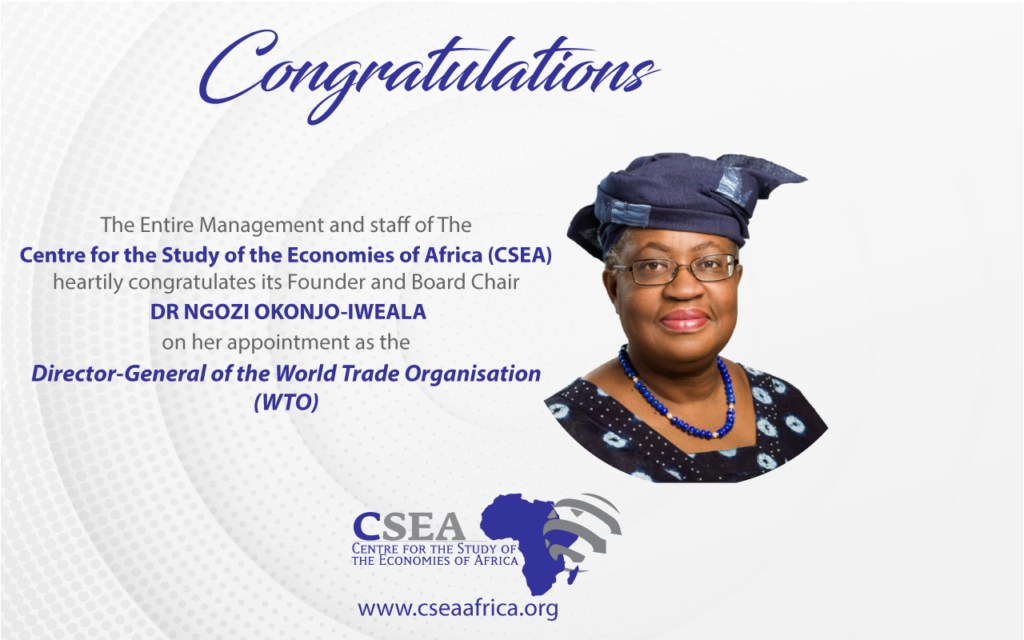 The World Trade Organisation (WTO) has confirmed the appointment of Dr. Ngozi Okonjo-Iweala as the seventh Director-General of the organization.

Her appointment was announced on 15 February 2021 after the General Council of the WTO agreed by consensus to select Dr. Okonjo-Iweala to head the organization.

When she takes office on 1 March 2021, Dr. Okonjo-Iweala will become the first woman and the first African to be chosen as Director-General with a renewable term on 31 August 2025.

Until her appointment as the DG for the WTO, Dr. Okonjo Iweala is a senior adviser at Lazard and serves on the boards of the Rockefeller Foundation, Global Alliance for Vaccines and Immunisation, GAVI and the Center for Global Development, among others. She is also the chair of African Risk Capacity, a specialised agency of the African Union to help member states prepare for and respond to extreme weather events and natural disasters.

She is a globally renowned development economist and former Coordinating Minister for the Economy and Minister of Finance of Nigeria. She was also a past Minister of Foreign Affairs of Nigeria in 2006 and has also held several key positions at the World Bank, including Managing Director (October 2007-2011).

Dr Okonjo-Iweala is the founder of the Centre for the Economies of Africa (CSEA) and currently sits as the Chairperson of the Board.