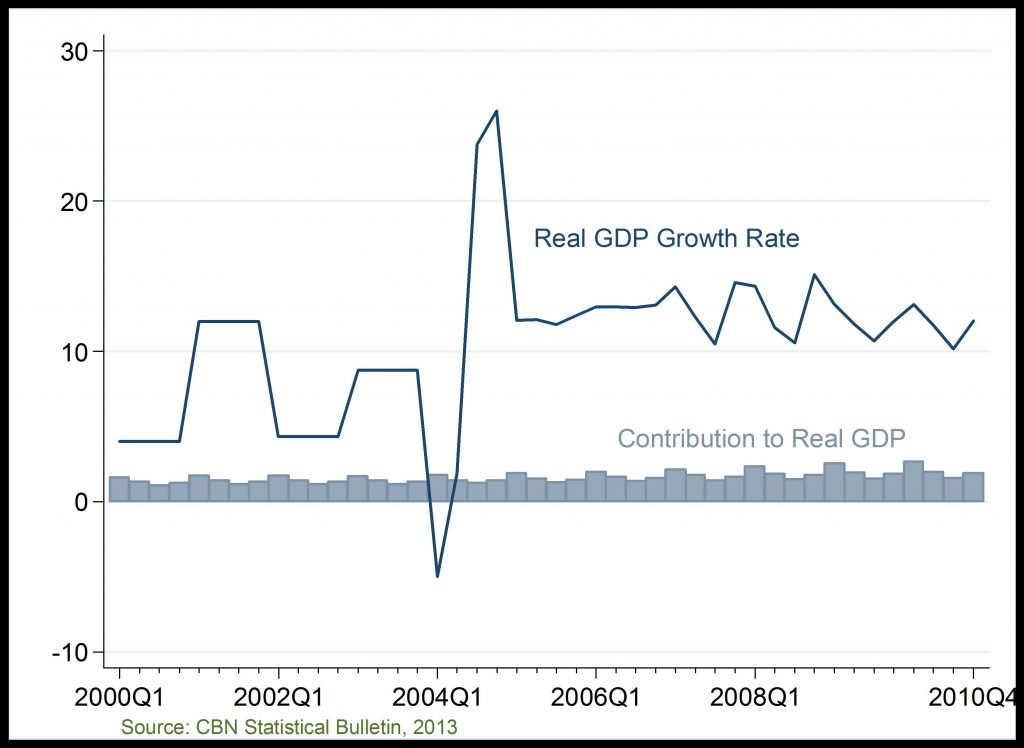 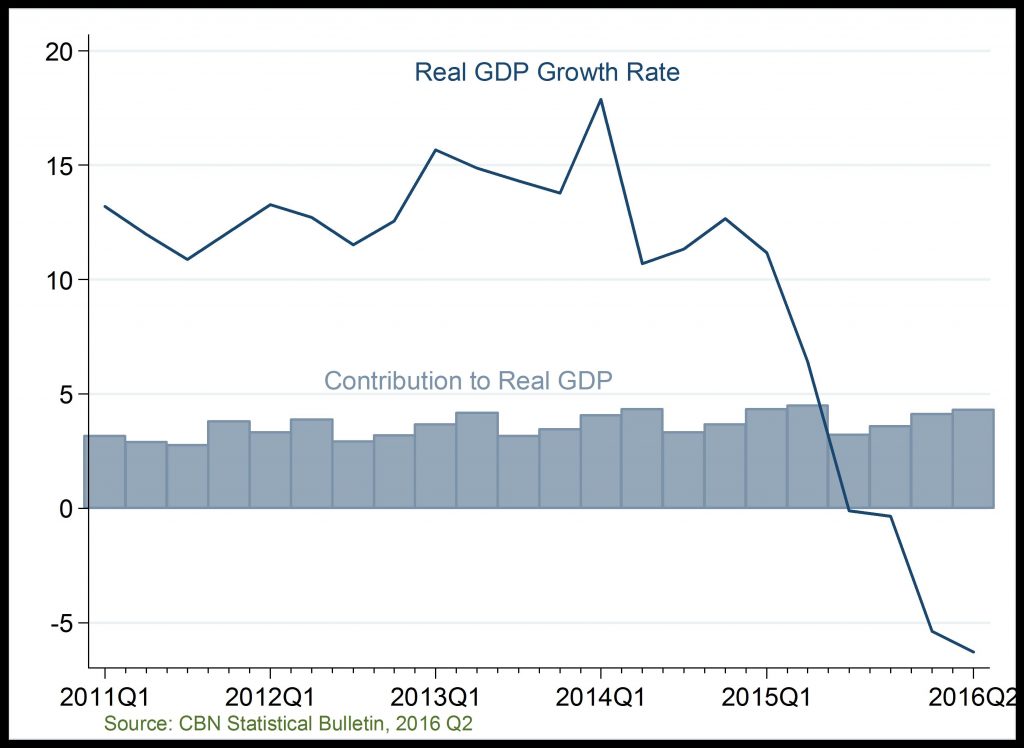 Gross Domestic Product Growth Rate and Contribution to GDP: The sectors GDP growth rate declined dramatically in 2016Q1, due to worsening fiscal position of both Federal and State governments which adversely affected construction services in the private sector. Weakened fiscal position of the public sector orchestrated by the fall in crude oil revenue substantially contributed to the sectors poor performance. However, the slight increase in the sectors contribution to GDP in 2016Q1 largely reflects the relative fall in contribution of other sectors of the economy.