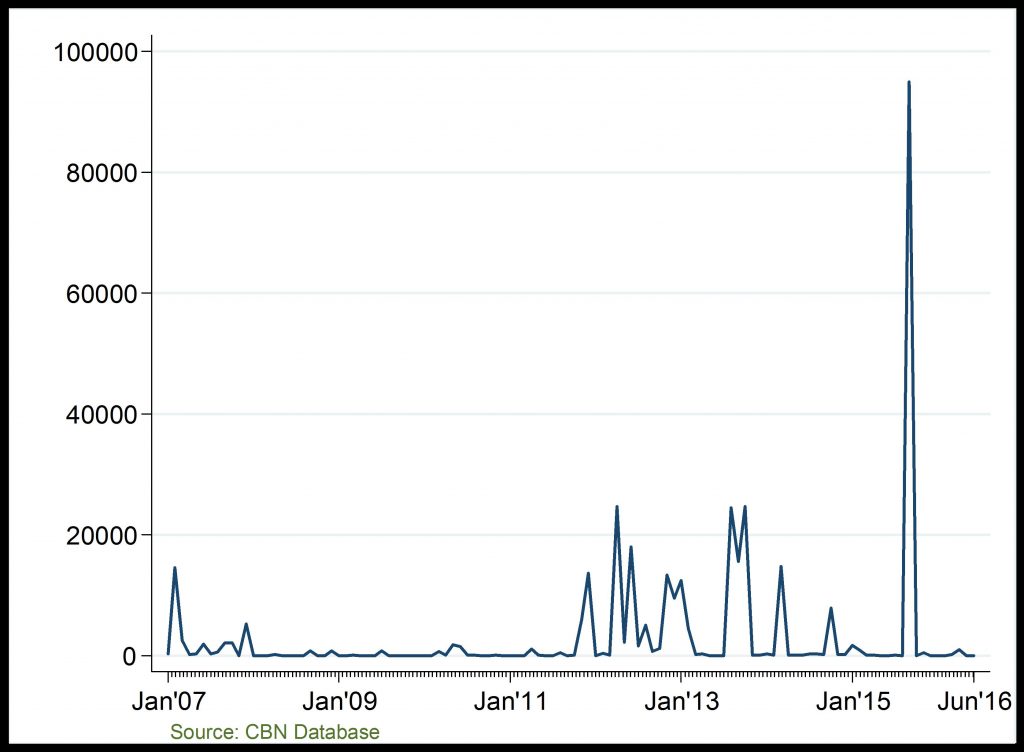 Budgetary allocation for agriculture rise in 2016

Capital Importation: Foreign investment into the agricultural sector was relatively flat between 2007 and 2012 but gained unusual momentum in September 2015. The spike in 2015 is likely driven by the rise in investor confidence in line with the new governments strong stance on devaluation.

Budgetary Allocation: The proportion of the national budget allocated to the agricultural sector, which fell deeply in 2015, was increased in 2016, in both recurrent and capital expenditure in the sector. This is attributable to the present governments commitment to agriculture.