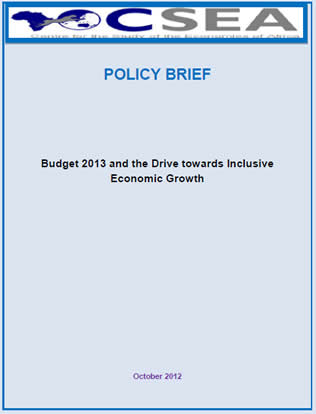 Recently released GDP figures reveals that the three major sectors recorded positive and negative growth rates individually in 2017Q2. Firstly, Agricultural sector grew Year on Year by 3.01 percent, down from 3.39 percent in 2017Q1- driven by weaker output in crop production and Fishing sub-sectors. This is not unconnected with the planting season and the shortage of grainsfor livestock/fish respectively.

A Scoping Study of Nigeria’s Tobacco Market and Policy Space