Are agriculture and economic development still antithetical? Reflections for a post-COVID recovery plan

If evidence were still required, the coronavirus pandemic and the consequent nosedive of oil prices has once more reminded us of the shortcomings of Nigeria’s oil dependence.

Despite decades of rhetoric on the merits of diversification, oil still represents more than 90 percent of the total value of Nigerian exports, and more than half of all government revenue, thus largely determining the government’s expenditure potential. The federal government’s budget for 2020 was designed on an assumed average oil price for the year of US$57 per barrel — a price that has proved a mirage since the start of the health and economic crisis.

Since strategic, and preferably abundant, government expenditure is a necessary requirement on Nigeria’s path towards achieving the Sustainable Development Goals (SDGs), it therefore follows that the fate of Nigeria’s development project remains hostage to the unpredictable fortunes of the oil industry.

When the pandemic eventually subsides, finding different, less volatile sources of government revenue, foreign exchange and employment will need to be an absolute priority for policymakers. This will have to begin with a modernisation of Nigeria’s agricultural sector.

The world is changing, development theory should too

Following Arthur Lewis’ research in the 1950s, traditional development economics has envisioned the shifting of a rising portion of labour into higher productivity activities as the centrepiece of an economy’s development. In this light, economists have mostly employed a convenient tripartite division of economic activities into agriculture, manufacturing and services — with increasing employment in the latter two sectors seen as the Promised Land. This was mostly with good reason: industrial development promised highly productive, labour-intensive economic activities that traditional agrarian economies could only dream of.

Yet this has ceased to be the case. As Cramer et al. (2018) point out in their brilliant study of Ethiopian horticulture, excessive neglect of agricultural activities in the obstinacy to promote transition towards industrial manufacturing can lead to the loss of numerous opportunities — ones Nigeria can hardly afford.

The changing tastes of international consumers, coupled with the increased efficiency of global cargo transportation, have opened up a market for agricultural products that would never have been possible just decades ago. Processing agricultural goods, therefore “industrialising”, is no longer the only way to add value to primary commodities. The ever-growing global demand for a year-round, fresh, and increasingly higher quality (think “organic”, “fair trade” etc.) supply of “raw” agricultural products is turning the once archaic practice of agriculture into a knowledge intensive, highly productive activity, often much more complex than many forms of manufacturing.

To illustrate this point, Cramer et al. discuss the astounding complexity and coordination required in the production for export of poinsettia flowers in Ethiopia — in comparison, Adam Smith’s proverbial pin factory comes across as child’s play.

While the final good is ultimately unprocessed and may appear the product of little more than traditional agricultural practices (several botched attempts make it hard for the author to believe, but you need not be a botanist to grow a flower), the surface-level simplicity masks a sea of highly-technical knowledge and expertise in fields as far apart as biology, supply-chain logistics and marketing that make modern horticulture no less valuable than many industrial activities. Throughout the process, jobs are created along the supply chain, steady streams of foreign exchange are generated and the economy’s overall productivity is increased — the three main purposes of seeking industrialisation in the first place.

It is therefore no wonder that development economists are starting to develop theories surrounding what Cramer et al. call the “industrialisation of freshness”, but the same concept of adding value within agriculture can be extended to the quality of the good and the efficiency of yield, not just the freshness with which it is brought to developed markets.

All of this should be more than sufficient to convince Nigerian policymakers that investing in agriculture must at least be considered in the country’s post-COVID recovery.

To illustrate what this paradigm shift could mean, let us take the case of Nigeria’s most important agricultural product: cocoa. Cocoa beans remain Nigeria’s largest agricultural export, yet the sector has witnessed a steady decline since the heydays of the post-independence period: in the decades from the 1960s to 2016, average yearly cocoa production declined from 420,000 tons to just 192,000 tons.

Talk of reviving the sector has been a constant feature of political debate particularly since the return to democracy in 1999, but the vast majority of the conversation has centred around statements such as: “Nigeria is yet to fully capitalise on cocoa production, as most of the beans are sold unprocessed” — as quoted from the Proshare intelligent investment platform.

While it may certainly be true that strengthening Nigeria’s fairly meagre processing capacity could be a job-creating, productivity-enhancing, forex-attracting development — you will certainly not find opposition to strategic forms of ‘traditional’ industrial policy here — the narrowness of this vision neglects the potential for generating positive outcomes from the improvement of cocoa bean production itself.

Yield-enhancing practices could certainly be explored, but even more important would be government support for the specialisation in higher quality cocoa bean production.

Obtaining the desired levels of each parameter requires sophisticated expertise that makes the notion of agriculture as a ‘backwards’ trade seem rather inapt.

As the International Cocoa Organisation (ICCO) points out, there is growing value in producing ‘fine and flavour’ cocoa as most major chocolate manufacturers include premium quality chocolate products in their range that “require fine or flavour cocoa from specific origins in their recipes, in order to achieve the required distinctive taste or colour of the chocolate. Many new chocolate artisans are emerging as well, bringing more demand for this cocoa type”.

However, as with most African producers (Madagascar being the exception), Nigeria has exclusively produced lower grade ‘bulk’ beans, where productivity and value-addition is lower and margins are tighter, leaving the dominance of the fine and flavour production to South American competitors.

Moving forward, strategic partnerships with top-of-the-line chocolate producers to develop capacities to enter niche final product markets should certainly be explored. In so doing, the Nigerian cocoa sector could cut out a strategic angle into the northern markets, guaranteeing higher value exports, and protecting itself from regional competitors that have often outperformed Nigerian producers due to, among other things, better infrastructure and more efficient organisation of the cocoa markets.

In general, policies to facilitate knowledge production and dissemination, strengthen infrastructural support and incentivise quality upgrading within agriculture can form the basis of a successful industrial policy without the imperative to industrialise.

With the (frankly, too slow) fall from grace of the Washington Consensus, a new consensus is emerging surrounding the paramount importance of government industrial policy to foster structural change. This development is welcome. However, the return to prominence of industrial policy must take stock of the changes in the global economy that have occurred since the peaks of government-led development in the post-war, post-independence period. This article has sought to echo Cramer et al. in highlighting the risks of maintain the monolithic view of structural change as a unidirectional move away from agriculture.

While the Nigerian cocoa beans example would require a much more in-depth evaluation than that provided above to guide policy design, it is important that this sort of thinking — one that sees the value of agriculture beyond being a breadbasket and labour source for industry — enters the mindset of development practitioners and policymakers.

Ultimately, industrial policy to engender structural change is about investing in activities that are able to foster employment, generate foreign exchange and shift larger portions of the workforce into higher productivity occupations. Traditionally, this has been synonymous with prioritising industrial manufacturing over agriculture. This should no longer be the case.

This article was first published by the Africa Portal 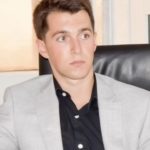