The Budget: Recovery in capital expenditure 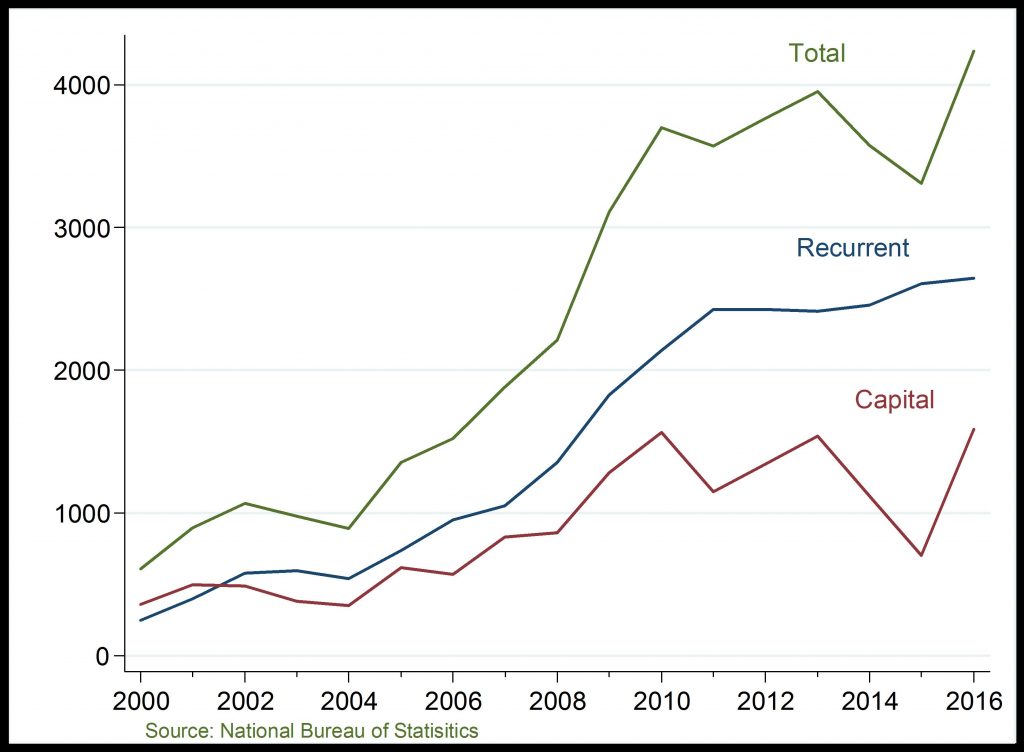 Falling fund disbursement to the 3-tiers 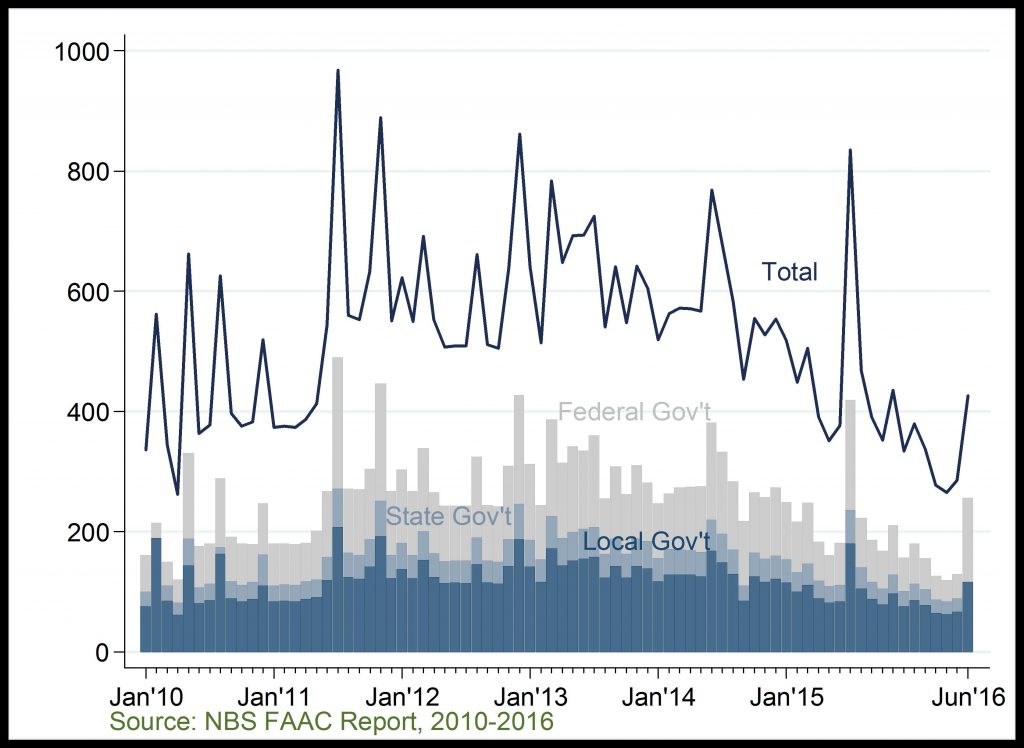 FAAC Monthly Disbursement: FAAC monthly disbursement across all tiers of government fell in 2016 on the account of falling government revenues owing to low oil price and vandalism of oil pipelines.