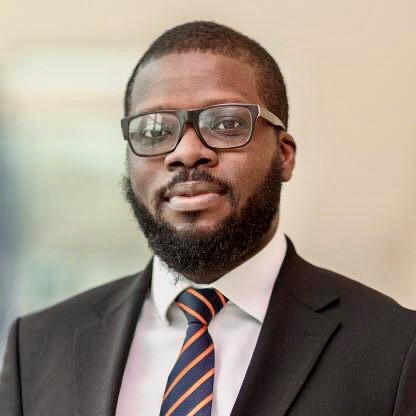 He obtained his Ph.D. in international tax law from McGill University, Canada. He is also a graduate of the University of Cambridge, United Kingdom, where he obtained an LL.M. in Commercial Law. He holds an LL.B. degree from the University of Ibadan, Nigeria and has been admitted as a Barrister and Solicitor of the Supreme Court of Nigeria.

Dr. Ezenagu’s research focuses on the relationship between taxation and economic development, as well as the role of government and non-governmental institutions and actors in the creation of tax policies and rules. He writes on the right to tax by countries and how such taxing rights should be allocated. He also researches and writes on illicit financial flows out of developing countries and ways to curb them.

Dr. Ezenagu supports countries in developing effective fiscal regimes and has worked with governments to introduce fiscal reforms. He is currently designing a course, Developmental Governance, which looks at the influences on the developmental models adopted by developing countries.

Dr. Ezenagu has published in academic journals and other globally recognized platforms. He has been quoted in the Financial Times, the International Consortium of Investigative Journalists’ Paradise Papers, Tax Notes International, International Tax Review, Quartz and other media outlets. He has also consulted for the United Nations Conference on Trade and Development (UNCTAD), the Coalition for Dialogue on Africa (CODA)- an African Union Commission body, TaxCoop Canada, the International Bar Association Human Rights Institute (IBAHRI), amongst other international organizations.